IADC continues to lead in the struggle for rationality in the wake of the Macondo spill in the US Gulf of Mexico. IADC is fighting to secure reasonable regulations and legislation that will protect not only the environment and human safety but also the jobs and revenues that flow from the offshore industry to local communities and government. (Please see “From the President” for more information on the moratorium and IADC’s response, Page 106.)

In the days following the 20 April disaster, when the government ordered a stop to nearly all GOM drilling, IADC president Dr Lee Hunt wrote to Secretary of the Interior Ken Salazar (letter posted on the Offshore Reform website) outlining the stark contrasts between shallow-water and deepwater drilling. The association also worked with its Gulf of Mexico jackup-operating members, the Shallow Water Coalition, to inform the Obama Administration of the severe consequences of ceasing offshore drilling and its importance to the economy.

“The current spill in the Gulf of Mexico was caused by an operation in 5,000 feet of water using blowout preventers on the seabed,” Dr Hunt wrote. “In contrast, drilling in less than 1,000 feet of water using blowout preventers above the sea surface is very different. To ban this type of drilling is unnecessary, either to protect human safety or the environment and will put thousands of hard-working people out of work and the economies of coastal Louisiana parishes.”

These efforts were well understood by senators and congressmen hailing from the Gulf Coast. In particular, Louisiana Senators Mary Landrieu (D) and David Vitter (R) spearheaded a letter to Secretary Salazar that was co-signed by eight other senators representing Texas, Mississippi, Alabama and Alaska. On the House side, Texas Congressman Gene Green (D) secured 55 signatures from fellow representatives in a bipartisan letter to Secretary Salazar urging him to hear out the Shallow Water Energy Security Coalition, comprising Hercules Offshore, Rowan Companies, Ensco, Seahawk Drilling and Hornbeck Offshore.

The 28 May six-month suspension of deepwater drilling specifically excluded operations in water depths of 500 ft or less. However, shallow-water operators and contractors are still required to meet strict requirements before drilling permits will be issued. (See Page 18.)

In the days following the accident, IADC joined with API to form a Joint Industry Task Force (JITF), organized at the request of the Department of Interior (DOI). The group’s specific charge was to provide recommendations on what the industry could do immediately to ensure safety of personnel and the environment for drilling operations in the Gulf of Mexico. The JITF, under the overall direction of Gary Luquette, president of Chevron North America Exploration and Production Co and chairman of the API Upstream Committee, established two working groups. One, led by David Payne, vice president – drilling & completions, Chevron, focused on well design and planning. The second, headed by Moe Plaisance, Diamond Offshore Drilling VP contracts and marketing, undertook a review of rig equipment.

The JITF kicked off Wednesday, 5 May. At DOI’s urgent request, the JITF conducted blitzkrieg meetings into the evenings and over the weekend, presenting preliminary recommendations by the following Monday (10 May). It ultimately produced a final, comprehensive set of recommendations submitted to Secretary Salazar’s office on Monday, 17 May.

What came back from Interior on 27 May – in the form of recommendations to President Obama – went far beyond ensuring immediate safety. One item calls for developing formal equipment certification requirements through the normal rulemaking process. However, the DOI report included a number of other items, such as establishing deepwater well-control procedural guidelines through emergency rulemaking.

The JITF has continued a dialogue with DOI and the Bureau of Ocean Energy (BOE), the successor to the MMS, to clarify questions and items of concern in the DOI report, as well as subsequent Notices to Lessees (NTLs). BOE has pledged to invite JITF input prior to issuing an Interim Final Rule to implement key items contained in the report. (See Page 18. The complete document, “Increased Safety Measures for Energy Development on the Outer Continental Shelf,” is available for download at www
.IADC.org/Offshore_GOM_Reform.)

The DOI report adopted in its entirety the JITF’s recommendation to adopt safety case requirements for floating drilling operations, modeled on the pioneering “IADC Health, Safety and Environmental Case Guidelines for Mobile Offshore Drilling Units (2009)” (www.IADC.org/HSECase). The IADC HSE Case will provide the foundation for developing the Well Construction Interfacing Document (WCID). The WCID, recommended by the JITF, will link the safety case with the operator’s safety management system, including well-specific information. It will further describe management of change and risk assessment during well construction and ensure personnel competency.

Implementing the HSE Case in the GOM will pose challenges, however. IADC vice president – offshore technical and regulatory affairs Alan Spackman testified on 17 June before the US House Subcommittee on Energy and Mineral Resources, explaining the history, role and nuances of HSE Cases. Mr Spackman also outlined the structure of numerous regulatory regimes outside the US, many of which employ IADC HSE Cases.

Despite the severity of the accident, few within the industry anticipated that the Obama Administration would suspend deepwater drilling for six months. IADC’s view is that this is a severe overreaction, allowing a single incident to override decades of safe operations on the US OCS.

“Macondo is a tragic accident,” Dr Hunt said. “However, shutting down an entire industry is overreaction. The 33 deepwater rigs in the Gulf of Mexico are operating according to established industry best practices in safety and environmental protection.”

The moratorium will impact tens of thousands of jobs, not only in the deepwater industry itself but also in the neighborhoods and communities of its work force. The federally ordered drilling suspension will idle approximately 33 deepwater projects not involved in the Macondo relief-well effort, each employing 180-280 workers, according to the Louisiana Mid-Continent Oil and Gas Association (LMOGA).

In addition, according to LMOGA, each of these jobs supports four other industry employees. This represents 900 to 1,400 jobs impacted per rig, or an aggregate 29,700 to 46,200 jobs total. LMOGA puts the direct wages lost as high as $330 million per month. These figures exclude job and income losses within these workers’ communities.

In his 4 June letter to Secretary Salazar, Dr Hunt suggested a better approach: validate the fitness of current deepwater drilling operations and allow these to continue, even as industry and government work together to ensure more robust performance moving forward.

•  Re-certify all BOP equipment used in floating drilling operations and ensure their suitability for the rig and well design. This suggestion combines Recommendations 1 and 2 of the DOI’s 27 May 2010 document, “Increased Safety Measures for Energy Development on the Outer Continental Shelf”;

•  Ensure rig personnel are trained to industry- and government-accepted standards for well-control procedures;

•  Review operator well plans, with particular emphasis on casing and cementing designs to ensure sufficient pressure barriers and that designs are fit for purpose.

After confirming the correctness and preparedness of each rig and well design, these deepwater rigs should be permitted to resume work, and the DOI should resume issuing permits for new deepwater work. Meanwhile, industry and government can work through additional recommendations outlined in DOI’s “Increased Safety Measures for Energy Development on the Outer Continental Shelf.”

IADC also proposed that drilling through non-producing strata can be safely resumed. This compromise has been embraced by some in Washington, notably Sen. Landrieu. However, not all operators concur with this approach.

Currently, IADC continues to meet with administration and congressional officials.

Benefit for families of blowout victims

A sporting clay tournament will be held 24-25 September to benefit families of the Macondo blowout victims. The event, organized by the nonprofit group Oilfield Helping Hands, will take place at the Bentley Ranch, just west of Houston. Proceeds will go to assist the families affected and to set up an educational trust fund in the names of the children who lost their fathers on 20 April. Food will be offered at the event, and there will be special raffles and a silent auction. Sponsorships, donations and volunteer applications are being accepted. For more information, visit www.deepwaterhorizonbenefit.org.

Ruling halts Gulf of Mexico drilling moratorium for now, but Salazar working to reinstate it

Shales still name of the game on US land. In Gulf of Mexico, uncertainty reigns. 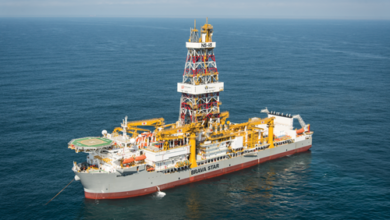