IADC is devoting significant energy and focus to address the interests of its onshore members, including the creation of an Onshore Committee and the establishment of regional forums in Midland, Denver, Lafayette and Oklahoma City, 2013 IADC chairman David Williams said in the keynote presentation at the IADC Drilling Onshore Conference & Exhibition in Houston on 16 May. Such groups will provide places for members to discuss issues that drillers are facing in the onshore market. “Safety, for example, remains the primary focus of IADC and its member companies, and rightly so. Safety is our most important operational integrity measure, and zero incidents is the target of every driller and our customers,” Mr Williams said.

One key initiative that IADC kicked off in 2012 is the Knowledge, Skills and Abilities (KSA) project, which is expected to be completed this year. This milestone project to develop enhanced competency guidelines will help to ensure that rig crews have the appropriate training and skills to work safely and efficiently “in a business that demands the very best,” Mr Williams said.

Another project under way is the IADC Drilling Lexicon, a website that will provide a forum for critical review of drilling terms. “As we all know, terms and definitions shift overtime, and we’ll need everyone in the industry to keep this website up to date for the benefit of everybody,” Mr Williams said. One major goal in providing these commonly used drilling terms is to assist regulators around the world in developing regulations that are consistent with international standards.

IADC has further assembled a team of more than 100 drilling experts to update the IADC Drilling Manual. Major revisions of the IADC HSE Guidelines and Deepwater Well Control Guidelines are under way as well.

“These are just a handful of examples of the important initiatives that IADC committees and staff are currently working on to forward the goals of our association. But none of these activities can happen without you. Our members play an integral part in moving the industry forward, and it’s only with your participation that IADC can achieve success. Committees, chapters and conferences like this are all ways to become more involved in IADC,” Mr Williams said.

Additionally, IADC continues an reorganization its committee structure, with one goal being to enhance the value of committees focused on onshore issues, including the Rig Moving and Well Servicing committees, he said. “We recognize that the important work and the necessary work to change our industry for the better is generated in IADC’s committees. The committees are a place where people come together to share experiences, brainstorm new ideas and develop initiatives with the industry,” he stressed.

With significant offshore discoveries and robust growth of shale development, as well as projects such as the Keystone XL pipeline, the US has an opportunity to transform from a nation that imports energy into one that’s independent from the world’s oil market, he continued. “Reaching that potential means that the US and state governments will need to work together with the energy industry to unlock resources to meet future demand… We simply cannot tolerate politics as usual here.” As a call to action, he said that industry must be engaged in active dialogue with stakeholders around the world. “If you are not involved in this debate, get involved… If you don’t, we could be sidelined by those in government who would just as soon see us go out of business. As drillers, it’s time for us to get to work telling our story.” 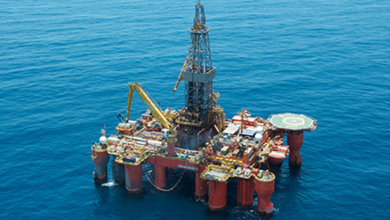