At the 2022 Offshore Technology Conference (OTC) on 2 May, IADC and ABESPetro, a Brazilian trade association representing oilfield service companies, signed an MOU allowing the two groups to collaborate on fostering education and communication among stakeholders in Brazil’s upstream industry.

The goal is to facilitate opportunities for trade that exist among drilling contractors, service providers and equipment manufacturers in Brazil. Under the agreement, IADC and ABESPetro members will be encouraged to attend each other’s conference events and training courses and access each other’s professional network.

Rodrigo Ribeiro, who currently serves as President of ABESPetro, said the MOU will help both organizations optimize resources to address common goals. “There are many synergies that need to be addressed and that will affect both associations, like the oil and gas industry’s role in the energy transition, the sector’s attractiveness to new entrants, the improvement of the quality of services contracts and the reduction of risk transfer to service providers.”

The environment is ripe for further collaboration between the two trades as the oil and gas market heats up again. Especially in Brazil, the market now looks particularly “promising” because of the country’s high productivity prospects, Mr Ribeiro said. He noted that the country has reached lower breakeven levels for exploration activity, particularly in the pre-salt basin. Moreover, asset divestment by Petrobras, which began in 2014 and is still ongoing, has led to a diversification of operators working in the country. The sanctioning of large offshore projects has also brought “robustness and predictability” to service providers. All of these factors have led to continued improvement in the Brazilian rig market in recent years.

“We have seen a growing increase in the number of units in the Brazilian fleet since 2019, with an influx of units coming into the country. This has sustained Brazil’s leading positional in the ultra-deepwater market,” Mr Ribeiro commented. “There is still room for improvement in reducing the risks that are assumed by service providers, such as the transfer of risks from services to contracts, and the unilateral extensions that reduce the predictability of operations in the short term. It is still necessary to work on improving such points, as well as the financial aspects of the contracts, which still reflect an oversupplied market.”

He also cited a number of actions that the government has taken to encourage investment. For example, the REPETRO manufacturing taxation regime suspends federal taxes that would otherwise apply on the domestic purchase of equipment used in upstream oil and gas activity; it has been extended to 2040. The country’s National Petroleum Agency (ANP) also moved to lessen local content requirements in 2018. Moreover, the country has held “open acreage” rounds designed to spur additional interest in onshore and offshore blocks.

Like other parts of the world, Brazil’s E&P industry also faces ongoing challenges from the energy transition, although Brazil is in relative good shape. Only 19% of the country’s greenhouse gas emissions correspond to the energy sector, Mr Ribeiro said, and 45% of its energy comes from renewable resources. Further, most of the operators and service providers in Brazil are already engaged in discussions around reducing their carbon footprint. However, in order for the industry to invest more capital into this area, the economics still need to improve, he said.

“The economic dimension concerns the role of the state as a funder of initiatives, given the uncertainties and risk often only supported by the public sector,” Mr Ribeiro said.” There is still a lot of divergence in relation to the policies to be adopted, the economic/regulatory issues and an investment environment that does not yet allow sufficient predictability for investments.” 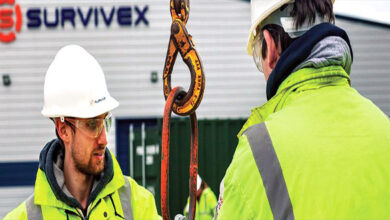