Our industry has come a long way in developing safe and efficient training.  However, Brian “Bru” Brurud developed a new spin on the subject with his company Check 6. Using his 24 years of experience as a Naval aviator and commercial airline pilot, the company applies the best practices from those environments and applies them to the drilling industry.

Mr Brurud began his career as a geologist for Schlumberger in 1984, working with the first generation of LWD tools in the Gulf of Mexico and on the North Slope of Alaska. When the ’80s downturn started, he left the oil industry and was accepted into the Navy pilot training program. Mr Brurud eventually found himself instructing at the Naval Strike and Air Warfare Center, where he is credited with standardizing and streamlining training programs like TOPGUN and Airwing.

In 2005, Mr Brurud was approached by BHP Billiton drilling engineer Gordon Tschritter, who had read a white paper from the University of Aberdeen on the objectives of safety and efficiency in the oil industry. The paper essentially suggested that the industry take note of commercial aviation, aircraft carrier and space programs to obtain its objectives and use fighter pilots and astronauts as instructors.

After Mr Tschritter observed issues in consistency and efficiency on his rigs, he asked Mr Brurud to modify the TOPGUN and Airwing Training programs to create a rig training program with the same objectives of performance and safety. So he did. “The rig training program that evolved is one that improves leadership, standardization and discipline under an umbrella of simplicity,” Mr Brurud said.

How exactly is aviation training similar to training offshore drilling teams? According to Mr Brurud, both operate in high-risk environments that encompass a variety of people, objectives and equipment that make standardizing processes crucial.

In both environments, “all of the people have to operate in this very hazardous place without hurting people or breaking things because you have very limited resources to draw on,” Mr Brurud said.

Reducing the likelihood of losing drilling momentum on a rig that has a high dayrate means perfecting and standardizing plans, policies and procedures.

In a high-risk operation, the best kind of operation is a predictable one, Mr Brurud said. Taking deliberate actions to ensure results is part of what the Check 6 program teaches. Rigs develop a debrief culture so that, after every activity, crews look at what the objective was and what worked and what didn’t. “The cultures that we change and behaviors that are affected by it results in more deliberate actions that are planned out and briefed accordingly during the execution phase.”

A problem he sees often when first visiting an offshore rig is the lack of standardized plans among crews. “My definition of a plan may be different than someone else’s definition of a plan, and if you want to operate in the realm of high reliability, where everything has a predictable outcome, then you can have no assumptions at all,” he said.

Check 6 uses the operator’s standards of safety when training employees on the rig. If those are not laid out, the company can help to standardize policies and procedures before proceeding with training.

In an aircraft carrier, the hydraulic arresting gear cables resemble the drill line on a rig. The resting gear motors, which absorb all the energy when an aircraft lands with a tail hook, is dissipated through a hydraulic accumulator that looks exactly like the motion compensators on offshore rigs.

Even the magnetometers and accelerometers in downhole directional tools are the same as the ones in missiles, he said.

There are differences between the two industries as well. “As military and commercial aviation has learned over 40 years ago, technology alone can only go so far in eliminating risk,” Mr Brurud said. “Then it comes down to the training of humans in knowledge, leadership skills, procedures and process in order to operate in a high-reliability fashion.”

Mr Brurud believes that advances in technology in military operations surpass what drilling rigs are currently using. The drilling industry is beginning to adopt technology like joysticks, touch screens and other complex computer interfaces to keep data and communication lines open, but it is still a few years behind the military in technology innovation, he said.

To help the industry along in this area, Mr Brurud’s company has developed a Rig Training and Learning Management System (RTMS). This system uses virtual simulation, 3-D technology, embedded in a learning management system for crane, driller, assistant driller and ballast control. This technology is being used to teach the next generation of fighter pilots. The simulator is about getting a chance to rehearse before being put into a high-risk position on the rig.

One of the main reasons for developing this program was that he observed the industry’s simulation software and training facilities, which fell short of because they are inconvenient for offshore employees to get to and have a really big environmental footprint to run, Mr Brurud said. His company’s portable laptop simulator can take on almost any rig task, from simulating interactions between the crane operator and driller as they run casing to emergency disconnects with a driller.

Mr Brurud and his team of fighter pilots, Navy SEALS and an astronaut do not profess to be experts in drilling. They have simply found ways to implement their experiences to provide rig crews with innovative ways to standardize practices and increase efficiency and safety.

“We are experts in planning, briefing those plans, looking at operations that are taking place and making sure that there are crosschecks and mutual support,” he said. “But mainly, we are experts in maintaining a debrief culture so that continuous improvement can take place.” 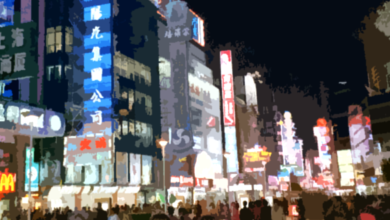 New dates announced for the IPTC in 2013, abstracts being accepted 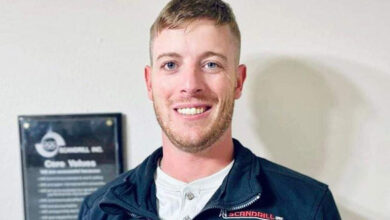