IADC presented its exemplary service award to Warren Hubler, Helmerich & Payne IDC vice president HSE, in recognition of his contributions to the development of industry best practices and enhancements in drilling safety, at the IADC Drilling Onshore Conference & Exhibition on 20 May in Houston.

Mr Hubler has been active in multiple areas with IADC, including leading industry efforts against mismatched hammer unions, as well as efforts on fall protection and developing the IADC environmental reporting guidelines.

In accepting his award, Mr Hubler shared a sentiment he heard years ago at an OSHA STEPS Network meeting: “When it comes to the personal safety of our people in the field, you can pretend to care, but you cannot pretend to be there.”

“Please, please be there before a tragedy – for those in our industry who matter the most in the future success of our individual companies and for our industry. Please, actively care.”

Mr Hubler thanked IADC and his industry peers for selecting him for the award. He also thanked “the thousands of H&P employees and others just like them that are represented by the companies that are here today. I consider it a tremendous honor and a sacred privilege to serve those individuals – those individuals who sacrifice their time, their efforts and, unfortunately, in some cases, their lives, in pursuit of our natural resources for our nation. It is they who deserve our absolute best efforts as safety champions, regardless of which company you work for and regardless of your title.”

Mr Hubler also gave thanks to three individuals who contributed significantly to his success in the industry. First is National Oilwell Varco chairman, president and CEO Pete Miller, “who introduced me to this industry more than 20 years ago at a job conference for junior military officers that were getting ready to leave the service and trying to find a new career in corporate America.”

“Next is George Dotson, retired president of Helmerich & Payne International Drilling Company and former chairman of IADC, who saw the potential in me as  safety champion long before I realized that it was a personal passion.”

Finally, Mr Hubler thanked his wife, Meg. “Early in our career in the oilfield, Meg learned that being a part of this industry meant having to be committed, dedicated and having courage. Meg, I thank you for your patience, your perseverance and your personal sacrifice.”

Mr Hubler is a graduate of the US Naval Academy in Annapolis, Md., where he earned a BS degree in marine engineering. He served 7 ½ years in the US Navy’s Atlantic fleet. In 1990, he resigned his commission and joined H&P as a roughneck on land drilling operations. He later became administrative manager for a start-up operation in Gabon.

Adkins: Oil looking damn good while gas may get a bit ugly 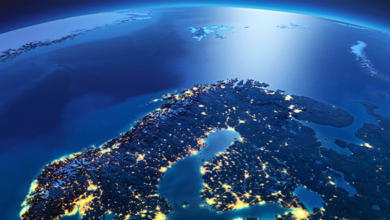 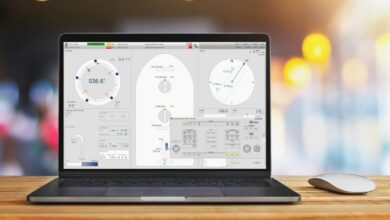