Fresh out of school in 2007 from the University of Oklahoma as a petroleum engineer, Danny Rehg went to Anadarko Petroleum as a drilling engineer for the onshore group in The Woodlands, Texas.

Swept immediately into various onshore assets in the company, Mr Rehg was given hands-on experience, his favorite project, working 54 days on a vertical pilot well targeting the Marcellus formation in 2008 in Pennsylvania.

“I didn’t realize the challenges of actually getting the well drilled, completed and online,” Mr Rehg said. “It requires people from all kinds of backgrounds, not just engineers. (In the beginning) I don’t think I really appreciated that relationship and the teamwork that’s required in the industry to get that done.”

This field experience paired with Mr Rehg’s willingness to learn and positive attitude has shaped his perception of the industry.

“I think, as an industry, we are in a growth phase. We’re trying to implement new technology and bring new people into the industry. And anytime you have growth, it’s a challenge,” he said.

Using his personal experience as a reference, Mr Rehg reflected on his time with mentor Bill Kinsey, a man he said “is one of the most experienced oil and gas drilling consultants he’s met.”

“The advice and wisdom he had to share with me was very meaningful, and it really opened my eyes to what a great industry this is and gave me hope for continuing a career in the oil and gas business,” he said.

With technology advancing at every turn, Mr Rehg commented that this provides young professionals a great opportunity to step up and be a part of this evolving industry.

“While there’s a lot of technology that is already in the industry, there’s some things we did just like we did 50 years ago. There are a lot of opportunities for young people to create new technology that will help us do it safer, faster, cheaper in the future,” Mr Rehg said.

The generation gap has been an escalating concern for industry veterans; according to Mr Rehg, understanding the needs from both parties will help increase communication and could ameliorate training issues.

“I think gaining a respect between younger and older generations is really critical in order for people to work effectively together,” he said. “It’s a challenge, but we have to approach it as a team. It’s not a complex problem in my mind. I think if we can all work together, we can overcome those challenges.”

“Be proactive, have a go-getter attitude and work hard. You have to earn the respect of the people you work with,” he said. “Particularly, the older generations – they earned the respect; it wasn’t just given to them.”

He continued, “When you go out to one of our rigs, there’s a lot of young people out working in the field at service companies or for the rig contractor, and those ladies and gentlemen are going to be the leaders of the industry in the future.”

Supplying energy to the world economy is a critical role, Mr Rehg said, and remaining on the forefront of drilling techniques remains an important part of what Anadarko is doing in 2010.

“We’re in a phase right now where we’ve traditionally drilled conventional wells, and we’re moving into more horizontal wells and shale plays,” he said. “It’s somewhat of a transition, but it’s more economical given the current environment.”

Mr Rehg’s pilot well project turned into an exploration drilling operation in 2009. Anadarko currently has four operated rigs working in Pennsylvania shale plays and has plans to pick up more rigs by the end of the year.

Manpower, machinery, money – three words that summarized how Bob Palmer, former Rowan CEO, remembered his company’s legacy in the drilling industry. Sturdy in these core values, Mr Palmer has always kept his views of the industry economically tied, while trying to practice  strategic planning at Rowan.

In 1982 as IADC president (now called chairman), Mr Palmer encouraged “a membership motivated, organized and poised to attack” in a 1982 Drilling Contractor article published that year. He advised keeping this mentality as a way to be prepared for industry challenges, an attitude he also held at Rowan.

“The realities of the unpredictable cyclicality of this business was always taken into account with every business decision and investment decision that Rowan was making, it was always looked at as ‘Well, what if?’ ”

Mr Palmer oversaw the construction of Rowan’s first jackup rig, the Rowan-Houston, in 1968. In 1981, he worked with LeTourneau Technologies to design the large Gorilla and Super Gorilla jackups, a strategic move to gain an edge over competitors with 116C’s or similar-sized rigs.

Reflecting on past decades, Mr Palmer commented that technology has given the industry abilities like performing super frac jobs and bringing in shale production.

“Technology is totally, totally different from where we were 20 years ago, and most of that ties back into computers,” Mr Palmer said. “But the biggest single difference is with horizontal drilling. We now, on a real-time basis, can know exactly the orientation of the bit, the angle of the bit, and turn it with downhole motors to accomplish those things.”

As far as key challenges plaguing the offshore industry today, Mr Palmer believes it comes down to the government. “Worldwide, one of the big risks is the goal of the government,” he said. “It’s, ‘What is the government’s position?’ Everywhere that you operate, particularly offshore, the government is your partner.”

Mr Palmer also has concerns about the future of ultra-deepwater drilling, commenting on the idle cost of a deepwater drilling rig. These rigs are for exploratory purposes only, he said, while jackup rigs can be used for exploration, as well as development and workover tools.

“Rowan took a very conservative approach to capital investment, and internally we were never able to justify sending the money to branch out into that type of drilling,” he said.

The industry continues to deal with the waxing and waning of the economy and commodity prices, and Mr Palmer commented on IADC’s role as a mediator to help operators, contractors and service companies address the associated challenges.

“IADC has been able to accomplish issues that help the industry as a whole,” he said. “I think a lot of the joint work that’s been done on health and safety could not have been done without cooperation and effort of all the drilling contractors.”

While this industry is always changing, Mr Palmer’s standpoint on using strategic planning to approach industry problems, discussed in his 1989 paper on the outlook of the offshore drilling industry, has not changed. The paper, “The Outlook on the Offshore Drilling Industry,” was written for the National Association of Petroleum Industry Analysts (NAPIA) in 1989. In it, he utilized the metaphor of a gambler to emphasize his thoughts on handling the cyclical nature of the industry.

“Seek out true market niches, geographic, technical or political, in which there is an opportunity for complete market dominance, at least for a moment in time, and then play to win,” he continued. “As any gambler knows, you have to bet the winning hand when you get them, because it is the only chance you get.”

Click below for video interviews with both Bob Palmer and Danny Rehg. 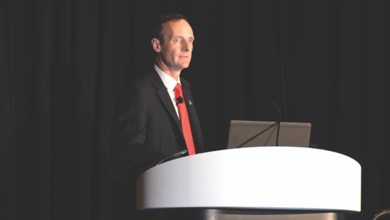 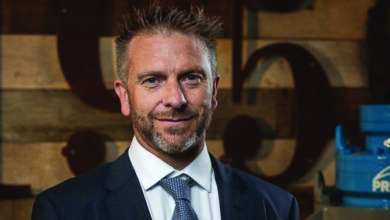