In the annals of modern drilling history, the development of the Helmerich & Payne (H&P) AC-drive FlexRigs will surely go down as a key turning point in the evolution of modern rig design and technology. In terms of both safety and efficiency, these rigs proved to be a game changer that broke the prevailing “rigs are a commodity” paradigm in the US onshore market in the early 2000s.

Up to that point, rig design was focused on drilling a specific well depth, said John Lindsay, H&P President and CEO. While companies were intent on improving safety, those efforts were primarily aimed at developing and implementing HSE programs, not building safety directly into the rigs themselves. Manufacturers were also focused on improving equipment reliability, not on things like safety by design, he noted.

H&P, led at the time by then-President George Dotson, saw this gap in the existing rig fleet and recognized it as an opportunity. “We realized that we could change the business by designing a new rig that would provide safety and value by design,” said Mr Lindsay, who was H&P’s Vice President of US Land Operations at the time. He and others in operations leadership worked alongside an engineering team led by Alan Orr, chief engineer of the FlexRig design, leveraging all available in-house expertise.

“We had employees who had been with the company for 20 or 30 years helping us to design a lot of the components and coming up with ideas on how to make the rig move faster, how to make it safer and how to build in environmental protection, like lower emissions and spill prevention,” Mr Lindsay said.

Over the span of just two to three years, H&P built 18 of the first- and second-generation FlexRigs. In addition to improving safety by designing out exposures and mechanizing where possible, the company also added in early automation – for example, allowing the driller to operate parts of the rig with a joystick.

In retrospect, knowing what was about to come with shale and horizontal drilling, it seems logical for a drilling contractor to have undertaken such a project and invested in these newbuilds. However, at the time, none of what H&P was doing was particularly welcomed. In fact, investors criticized the company for building rigs on speculation and placing them into an already oversupplied market. “We didn’t have a single customer asking us to build a FlexRig,” Mr Lindsay acknowledged. “But, we saw an opportunity to change the game.”

In effect, that’s exactly what they did. Particularly when the newly designed Flex3’s started coming out of H&P yards in 2002, with AC drive technology enabling much more precise control of drilling parameters than possible with conventional rigs, the race was on for the modernization of the US industry land fleet.

The FlexRigs, including the later Flex4’s and Flex5’s, were wildly successful for H&P in the years that followed, helping the company to grow from just 3% market share in 2001 to approximately 20% market share in US land by the mid-2010s.

Over the years, as the US land fleet modernized and AC rigs became commonplace, H&P then started looking to remote operating centers and data-driven solutions to better support its rigs. This transformation – focusing on performance optimization, narrowing the days-vs-depth on wells and minimizing rig nonproductive time – produced notable results, according to Trey Adams, H&P Vice President supporting marketing and digital operations.

Since the 2014-2015 downturn, however, H&P has been thinking about the business differently again, recognizing that the needs of operators and their drilling programs were changing once more. Whereas there used to be a singular focus on time – drilling the well as fast as possible – operators began looking much more closely at wellbore quality and placement. They now placed a premium on getting a smoother, less tortuous wellbore, recognizing that it will translate to fewer problems with downhole tools, less downtime during fracking and completions, and even higher production levels in the long term.

“As we moved out of the last downturn, we had an opportunity to transform and invest heavily in automation and digital technologies,” Mr Adams said. “This has allowed us to move away from just time-based metrics to be more quality focused in the solutions we deliver.”

This ongoing transformation – to be not just a drilling contractor that makes hole but a drilling technology company that provides solutions – is well under way at H&P. Mr Adams pointed to H&P’s AutoSlide technology for automated directional drilling and its MagVAR platform for well placement as examples of the resulting innovations.

The next step, he said, will be finding a way to be properly compensated for delivering wellbore quality to operators. It will likely require new commercial structures that are more outcome-based than the traditional dayrate model. “We’ll have to work with our customers to find the mutual value viewpoint for delivering both high-quality wells and the time-based outcomes,” Mr Adams said. “Once you find those mutually beneficial outcomes, you align your organizations to them. Some of that is already happening today, and I’m very bullish on the future of that process.”

Looking back at H&P’s founding origins as it celebrates its centennial this year, it’s clear that the company was built on the spirit of entrepreneurship from the very beginning.

The company was founded by Walt Hugo Helmerich, a World War I fighter pilot turned barnstormer turned oil man. As the story goes, Walt and his war buddies planned on making their fortune by operating a “flying circus.” However, after one of his partners died in a plane crash, Walt decided the oil patch offered better prospects. He then met Bill Payne, a chemical engineer, and the two started Helmerich & Payne on a handshake.

In the years since, H&P’s rigs and technologies have evolved significantly, but its entrepreneurial spirit has remained the same. It has driven company leaders like Walt Helmerich II and III, Hans Helmerich, Mr Dotson and Mr Lindsay to continually transform and reinvent H&P for the better – not only responding to changes as they emerged but actively anticipating and leading change, such as through the development of the FlexRigs.

When asked what H&P’s biggest impact on the drilling industry over the past 100 years has been, Mr Lindsay said he didn’t think it was the FlexRigs, although they did change the industry. “More importantly, I think it’s about the overall pursuit of how something can be done better,” he said. “How do we drive better safety? How do we provide better environmental protection? How do we provide higher levels of reliability and consistency for our customers? How do we better take care of our employees? This drive to continuously get better – it’s just the way we do things.” DC

Linda Hsieh is a graduate of the journalism program at the University of Texas at Austin, where she also completed the Business Foundations program at the U.T. McCombs School of Business and minored in Asian Studies. She has been writing for Drilling Contractor since 2005.
Oct 27, 2020
0 4,883 5 minutes read
Facebook Twitter LinkedIn Share via Email Print 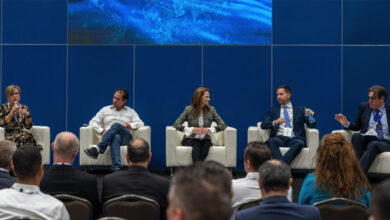 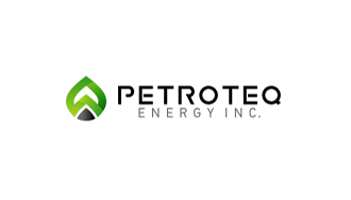