Wired drill pipe (WDP) technology has been described as a game-changer for the oil and gas industry due to its capacity to deliver high-resolution data that can substantially improve real-time decision making; close the control loop between surface and downhole equipment to enable precise control of the drilling process; and provide visibility of wellbore conditions along the drill string, improving safety and reducing nonproductive time.

Field experience with WDP in more than 110 wells has demonstrated that timely and detailed information captured while drilling leads to a higher level of control. This experience has also provided insight into how WDP may be improved, and in early 2014 a new version of WDP is due to be launched.

One key advantage of WDP is its ability to quickly communicate downhole from the surface, not just upwards from downhole locations. This bi-directional connectivity allows detailed in-well diagnostics of tool state, re-calibration of sensors and finer control of tools such as rotary steerables.

One operator in the North Sea used high-speed information and directional data delivered by WDP to optimize well placement in a set of wells drilled in 2010. Continually updated information allowed trajectory decisions that helped the operator stay within the sweet spots. Further, it provided timely feedback regarding any unintended responses of the drilling assembly to the formation.

In this application, formation directional tendencies were stronger than expected and required fine remedial steering control. Near-instantaneous transmission of formation and directional feedback and control commands enabled subtle real-time steering changes that kept the well on target without slowing rate of penetration (ROP). Without this level of control, the first well in the series experienced an average ROP of 19 ft/hr. When this real-time control was applied, the next two wells averaged 54 ft/hr and 63 ft/hr, respectively.

The operator also cited a 100% improvement in net-to-gross results, a measure used to predict reservoir performance, for the latter two horizontal production wells, compared with the first. Further, improved control of the wellbore trajectory helped reduce localized doglegs, which enabled running liners and the lower completion assemblies without difficulty.

Another operator in the North Sea used high-resolution (memory-quality) formation evaluation logs and drilling dynamic information delivered in real time via WDP to navigate a challenging formation and land a horizontal well with precision. In this well, drilled in 2007, numerous hard-calcite stringers were encountered. However, with immediate telemetric feedback and timely corrective action, a smooth wellbore was constructed. In this application, high local doglegs could be built by contact with stringers in less than 30 seconds, unless properly controlled. This was well outside the capabilities of conventional telemetry systems to deliver feedback and still allow time for remedial actions.

The operator was able to identify benefits as including more precise steering to the pay zone, reduced fatigue stresses on bottomhole assembly (BHA) components and improved bit life.

The oil and gas community is encountering increasingly difficult formations and well plans. As a result, the drill string is subjected to aggressive loading scenarios, including wide ranges of drilling fluid properties, high torsional loads and high vibration. Experience with WDP in horizontal wells offshore Latin America has shown that downhole makeup and other torque-related conditions can damage drill pipe tooljoints and the wiring components inside.

To address these challenges, a second generation of WDP tools has been developed that includes:

• Protective armoring on wiring that is constructed with improved corrosion-resistant metal alloys to avoid severe corrosion encountered in some previous wells;

• Wired tubulars that include Grant Prideco TurboTorque connections to extend the safe torque capacity of the wired drill string; and

• Tougher couplings between wired tubulars that can better withstand surface and downhole abuse, including impact and torsional damage to the tool joint.

Using dynamic downhole WOB and downhole vibration data sampled at 80 Hz and transmitted through WDP, basic surface equipment was automatically controlled in a series of directional land wells drilled in the Utica Shale between 2012 and 2013. By controlling downhole WOB via high-speed machine control of the drawworks, penetration rate improved by approximately 40% compared with the average ROP from offset wells. Further, when this method was applied to sliding mode drilling, ROP improved by as much as 80% compared with offset wells. These initial applications of automated control over certain drilling processes in land wells suggest WDP-based control systems can provide advantages in a cost-competitive market.

Advanced drilling models used in various control algorithms are evolving with increasing levels of automatic control. Along-string measurements available from WDP enhance data availability for such models, both in time and space. Providers of these models are working to incorporate WDP-transmitted data to improve model accuracy and engender greater confidence in automated decision-making.

To provide increasing levels of automated control, high reliability of each piece of equipment in the control loop is essential. WDP provides timely high-resolution vibration measurements that can improve drill string control and ultimately reduce vibrational loadings. This helps to improve the reliability of downhole equipment, including measurement tools and the WDP components themselves.

Still, field experience in some offshore environments has shown the need for greater vibrational robustness in network electronics modules that are placed along the drill string.  To address this, in second-generation WDP tools, the ruggedness of electronics packages used to transmit high-speed information has been enhanced. This combines with the mechanical design improvements mentioned above to improve the overall reliability of the control loop.

One operator, after drilling a series of offshore wells in Latin America from 2008 to 2013, reported that the number of trips to deal with vibration-related BHA failures was reduced significantly when using WDP to increase visibility of downhole vibration. The operator also reported that nonproductive time due to wellbore stability was eliminated even though the wells were drilled in historically problematic formations.

Similarly, in multiple wells in a North Sea deployment in 2012 and 2013, incidence of BHA tool failure was substantially reduced while using WDP, compared with experience from offset wells.

Idle time spent waiting for downlinks and surveys is a more subtle source of NPT that can still add up to substantial costs. One North Sea operator calculated that a full rig day of idle time was saved on a well where frequent steering modifications were required and sent through WDP.  In the land environment, a series of wells drilled in the US during 2008 tallied 4-6 hours of idle time saved per 43-hr (average) well. This provided a 10% reduction in overall drilling costs, simply by having instantaneous delivery of surveys and downlinks through WDP.

Experience with WDP has shown that opportunities for cost reduction exist in the areas of repair cost and impact of the telemetry on rig operations. To address this, second-generation WDP includes tougher and re-usable connectors with improved protection to provide increased component life. Further, redesign efforts have focused on initial manufacturing and rework to reduce the total cost of ownership.

Improved logic and a graphical user interface also have been incorporated into NetCon, the WDP network controller. This is typically deployed in the driller’s cabin or service company trailer and monitors network health and activity. In addition, connectivity diagnosis and troubleshooting functions have been collected and streamlined.

Yet further opportunities exist for improving control over the drilling process. Application of high resolution, real-time feedback on drilling conditions, coupled with continual improvements in system reliability, are an important key to taking the next steps in changing the game. 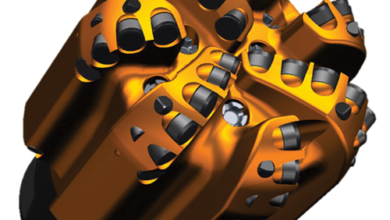 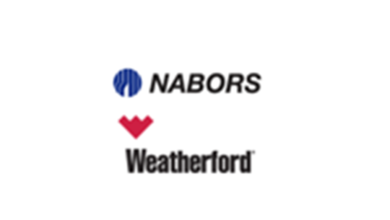