Later this year, the Transocean Enabler semisubmersible will drill one carbon injection well and a sidetrack for another carbon injection well that had been drilled in early 2020. The wells will be drilled as part of Transocean’s current drilling contract with Equinor and in support of the Northern Lights Carbon Capture Storage Project, a joint venture by Equinor, Shell and TotalEnergies. The project aims to mitigate emissions and remove CO2 from the atmosphere by creating the first cross-border, open-source CO2 transport and storage infrastructure network in the European Union.

“Beyond our core business of drilling ultra-deepwater and harsh-environment wells, this is an excellent example of how we can further leverage our rigs and core competencies in support of renewable and alternative energy projects in offshore markets across the globe,” said Janelle Daniel, Transocean’s Vice President of Human Resources, Sustainability and Communications.

Upon completion, the Northern Lights project will offer companies across Europe the opportunity to store carbon dioxide safely and permanently underground.

Parker Wellbore recently launched a plan to ensure the organization plays a leading role in tackling climate change challenges for its customers. The program is outlined in the company’s inaugural ESG report.

“This report represents a new forum for sharing our ESG trajectory, including environmental stewardship, social awareness, and strong corporate governance, which are ingrained in our mission, vision, values and company strategy,” said Sandy Esslemont, Parker Wellbore President and CEO. “Our leadership team and stakeholders – including customers, investors, employees and the communities where we work – appreciate that companies which excel in ESG performance also achieve safe, responsible and profitable operations.”

The company has conducted a greenhouse gas (GHG) emissions study to establish a baseline to help understand historical and future GHG emissions trends. This baseline provides a foundation to set emissions goals in the future.

Hess announced it has achieved a score of 100% on the Human Rights Campaign’s Corporate Equality Index for 2022 and earned the designation as one of the Best Places to Work for LGBTQ+ Equality. For the third consecutive year, Hess also has earned a place on the Bloomberg Gender-Equality Index, which tracks the performance of public companies committed to achieve or adopt best-in-class statistics or policies and to transparency in gender-data reporting.

Chevron has announced a pilot project with Project Canary to independently certify operational and environmental performance in the company’s North American upstream region.

Project Canary will use its TrustWell Certification program to review and analyze aspects of the environmental and social performance of individual wells and facilities in the Permian Basin of Texas and the DJ Basin of Colorado. Chevron will also deploy the Canary X pad-level methane emissions monitoring units at select locations.

More than 600 data points within 24 operational categories are included in a TrustWell analysis. Operators who earn top rankings are determined by Project Canary to utilize the highest standards and practices across their operations.

The certification process is expected to begin in the first half of 2022. Based on ratings earned during the review process, Chevron anticipates being ready to deliver certified Responsibly Sourced Gas to market by mid-2022.

Chevron says its 2020 US onshore production methane intensity was already 85% lower than the US industry average. The company has reduced fugitive methane and volatile organic compound emissions through leak detection and repair, low-/no-emissions pneumatic devices, and centralized production facilities. The company is also expanding its methane detection capabilities to identify the best opportunities to further lower emissions.

Energy industry leaders say the energy transition is accelerating faster than ever and 2022 is set to be a strong year for industry growth, according to a new report from DNV analyzing the views of more than 1,000 senior energy professionals.

Findings show that industry players from across power, renewables and oil and gas believe the commercial opportunities presented by the transition outweigh the risks to their businesses. Skills shortages are the greatest barrier to growth, followed by a lack of policy support.

Maintaining reliable energy supply is also a concern, with many in the oil and gas industry convinced that not enough is being invested in exploration and upstream expansion to meet future demand. Some 38% of oil and gas respondents say that their organization is finding it increasingly difficult to secure reasonably priced finance for projects.

Across the energy industry, expectations are increasing for large, capital-intensive projects to be approved in the year ahead, while almost half of the industry expects their organization to increase capital expenditure. Green hydrogen is the technology that the greatest number of energy companies are targeting for increased investment in 2022, followed by solar PV, floating offshore wind, and carbon capture and storage.

Much of the industry is increasing investment in decarbonization, but it is telling that only 42% are optimistic about their company reaching its decarbonization targets and 28% are outright pessimistic.

Neptune Energy and RWE have signed an agreement to develop an offshore green hydrogen project called H2opZee. The demonstration project will aim to build 300-500 megawatts electrolyzer capacity in the North Sea to produce green hydrogen using offshore wind. The hydrogen will then be transported to land through an existing pipeline.

The project is an initiative of TKI Wind op Zee, supported by the Dutch government.

In the first phase of H2opZee, a feasibility study will be carried out, likely starting in Q2 2022, and an accessible knowledge platform will be set up. The objective is to start the roll-out of hydrogen at sea in the Netherlands. Implementation will then be carried out in the second phase of the project. For this phase, a tender methodology has yet to be defined.

“We see an important role for green hydrogen in future energy supply, and it can be produced here in the North Sea,” said Lex de Groot, Neptune’s Managing Director in the Netherlands. “The energy transition can be faster, cheaper and cleaner if we integrate existing gas infrastructure into new systems.”

Sven Utermöhlen, CEO Offshore Wind at RWE Renewables, said: “Hydrogen is a game changer in the decarbonization of energy-intensive sectors.”

A new survey by GlobalData has revealed that 67% of 1,500 ESG and corporate social responsibility executives across industries believe the COVID-19 pandemic has increased focus and action on ESG issues.

“The sudden disruption of numerous business activities due to COVID-19 led many to realize that environmental action was much more feasible than previously thought,” Filipe Oliveira, Thematic Analyst at GlobalData, said. “Most of the focus and investment within ESG is going towards environmental issues — 69% prioritized environment issues, while 16% prioritized social and 15% governance.”

Further, 65% of respondents said ESG in decision making is “very important” while an additional 32% said it is “important.”

“Since the COVID-19 outbreak, leading oil and gas companies have been reevaluating their operations, with emphasis on clean energy,” said Bargavi Gandham, Oil & Gas Analyst at GlobalData. “This has brought about a change in their approach towards ESG, especially on the environmental aspect. Activities from leaders such as Shell, BP and Equinor has also trickled down to smaller players, national oil companies and service companies. Around 1,800 industry players have pledged to achieve net-zero in carbon emissions by 2050. Companies are also publishing sustainability reports annually to improve the transparency of their operations”

GlobalData’s annual ESG Strategy Survey report is based on a survey of 1,500 ESG leaders and executives worldwide and was conducted in October 2021. 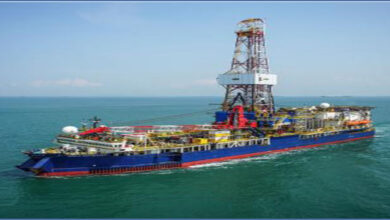