Eni has made a gas and condensates discovery in the Nyonie Deep exploration prospect in block D4, approximately 13 km offshore Gabon and 50 km from the capital city of Libreville. The total estimated potential of these discoveries is approximately 3 billion bbl of oil equivalent (boe), with potential for further improvement.

Preliminary estimates suggest the new gas discovery is significant, with initial potential in place estimated at 500 million boe. The discovery was made in the pre-salt of Gabon through the NFW Nyonie Deep 1 well, which was drilled in 28-m water depth, reaching 4,314-m TD.

The well encountered a thick hydrocarbon-bearing section (320 m) in the pre-salt clastic sequence of Aptian age. The structure, which extends more than 40 sq km, covers two offshore exploration blocks, both operated by Eni, which has a 100% stake.

The discovery will be followed by an appraisal campaign to assess its potential. This is the third field to be discovered recently in shallow waters, after Nene Marine and Litchendjili Marine in Congo. The total estimated potential of these discoveries is approximately 3 billion boe, with potential for further improvement. Eni has operated in Gabon through its affiliate Eni Gabon since 2009 and currently has activities in four exploration licenses: two offshore (D3 and D4) and two onshore (E2 and F3). 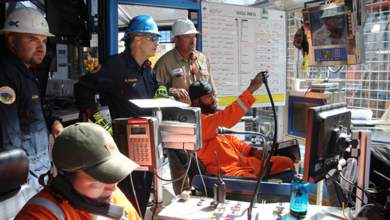 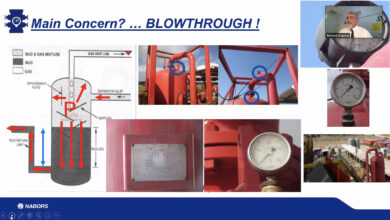