In recent years, geothermal has become a pathway for drillers to step into the world of renewable energy while using existing drilling equipment and expertise. In fact, technologies and know-how from the traditional oil and gas sector has the potential to remove current limitations to geothermal and help it take off on a wide scale.

Geothermal energy is ubiquitous, but not all geothermal resources can be economically exploited. Many pockets of the hot rock found within geothermal reservoirs are too far below the Earth’s surface to profitably access with current technology. Other pockets may not be hot enough.

Current geothermal systems typically require water heated to at least 200°C to drive the steam turbines that produce electricity, and there are a limited number of shallow reservoirs with sufficient heat. According to the US Energy Information Administration (EIA), only six states produced geothermal electricity in 2021 – California, Nevada, Oregon, Idaho, Utah and New Mexico. Further, geothermal accounted for only 0.4% of total US utility-scale electricity generation in 2021.

Scaling geothermal will require accessing reservoirs at less-than-ideal temperatures, said Cindy Taff, COO of Sage Geosystems, and that will require additional technical advances. “Current technologies can only unlock geothermal in places near volcanoes and geysers, where the steam is already near the surface,” Ms Taff said during a panel session at the 2022 IADC Advanced Rig Technology Conference in Austin, Texas, on 30 August. “As the technologies advance for low- to mid-temperature range, we’re going to have geothermal in more places.”

Nabors has made several strategic investments into geothermal in recent years, partnering with technology developers to help make geothermal drilling more widely accessible. For instance, in March it announced an $8 million investment in GA Drilling, whose plasma-based drilling tool utilizes a chemically assisted plasma pulse to penetrate crystalline rock at high penetration rates and at depths exceeding 6 miles. It also invested $10 million in Sage Geosystems, which is developing a modeling tool that targets subsurface designs to optimize the power generated from geothermal systems.

Mr Husband said he believes drilling contractors will play a critical role in expanding geothermal capabilities, not necessarily by developing new technologies themselves but through partnerships with startups and other companies that already have projects under way.

“We’ve invested in geothermal partnerships, and our role is just as support,” he said. “These are small investments, and we’ve been very disciplined with capital, but when we look at our engineering, our manufacturing, our drilling solutions and services, that’s a pretty good platform for a startup geothermal company or partner to leverage, so they can accelerate that roadmap for development. I think that’s one role the drilling contractor can play.”

There are also a host of innovations in the unconventional drilling space that can help to scale geothermal, such as integrated managed pressure drilling systems and continuous circulating systems that can keep mud systems cool. Such technologies can help drillers to increase ROP at greater depths while guarding the bottomhole assembly against the extreme heat and challenging geology found in geothermal formations.

“There are a lot of initiatives going on to reduce the risk in geothermal, including surface work on the rig and downhole technology to handle both the BHA and the completions. We’re helping to put all these pieces together,” Mr Husband said.

On the commercial side, geothermal producers are increasingly relying on power purchase agreements (PPAs) to create more predictability. These contracts between power plant operators and buyers, which can be either a municipal utility or an electric cooperative, sets fixed prices and locks them in for the duration of the contract term.

PPAs, which typically last between 20-30 years, can be extremely beneficial to buyers and sellers, Mr Perez said. Sellers can more easily secure funding from lenders because they can prove, through their PPA, that they will have a steady revenue stream for years to come, while buyers can plan long-term operations without worrying about price fluctuations. Such contracts will likely serve as a backbone for geothermal funding moving forward, he noted. “PPAs mean a source of revenue. When we get that signed contract, we can go to a financial institution and ask for a loan or ask for equity in a project. That’s where everything starts. This is how the market works,” Mr Perez said.

Geothermal producers are also identifying ways to improve development costs by improving well performance. Ms Taff estimated that current geothermal technology can generate 3-4 MW of electricity per well, meaning that a typical power plant would require an 18- to 20-well pad to provide 50 MW of commercial power generation. Producing more power per well can reduce the number of wells that need to be drilled.

“Projects with super-hot rock and higher temperatures will deliver a higher magnitude of power per well,” Mr Husband said. “If you can deliver 30 MW per well and reduce the number of wells you need, that really reduces your development costs.”

Some work may also be needed to change how the public perceives geothermal energy, Mr Smitherman said. Because it still only makes up such a small percentage of the global energy mix, geothermal is not often discussed as a reliable renewable resource. However, given the thin margin between available supply and demand, the additional volumes geothermal can provide would be valuable.

In Texas, Mr Smitherman noted that the Electric Reliability Council of Texas (ERCOT) anticipates having around 90 GW of installed power available from all available energy sources next year, while usage is estimated to peak at around 80 GW, typically in the summer months. Any disruption to the power supply – like Winter Storm Uri in 2021, which took an estimated 50 GW of power off the grid – could spell catastrophe for the state. The TXGEA is currently crafting an agenda for the Texas State Legislature on potential steps to promote geothermal development.

“We’re dealing with a fairly small margin when it comes to summer heat. If 90 GW is all we’re going to have next summer and if we have an interruption – like if a nuclear plant goes down or we have some weather event – then we’re going to need every megawatt we can find,” Mr Smitherman said. “If we had an additional 1,000 MW of geothermal that could’ve been dispatched during the most critical time of Winter Storm Uri, we could have ridden through some of the outages and avoided the highest price spikes that we saw. We’ll take whatever we can get, because we are likely going to be tight on several occasions going forward.”

Geothermal can also play a role in creating localized microgrids, or interconnected loads that act as a single controllable entity, Ms Taff said. These microgrids can disconnect from traditional grids and operate autonomously, providing a sustainable power-generation option that also protects against grid failure. Sage Geosystems is working with the US Air Force and the Texas Air National Guard on a feasibility study to deploy closed-loop geothermal energy systems to supply power to Ellington Field Joint Reserve Base in Houston. The aim is to build a geothermal power facility at a military installation in Texas in the near future.

Geothermal-powered microgrids can also provide sustainable energy to underserved areas that may lack adequate transmission infrastructure. “You can go into the middle of Kenya, where there may not be the structures that can generate electricity, drill a single well and produce that 3 MW of power,” Ms Taff said. “It can service communities without having to rely on long transmission lines.”  DC 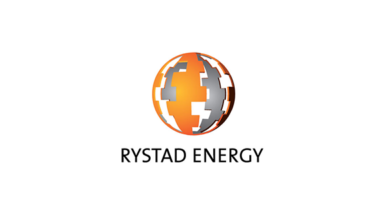 Safety-critical task analysis is not a silver bullet, but it can help improve procedural integrity