Apex International Energy announced that the Fajr-8 development well was tested at a daily rate of 2,440 bbl of oil and negligible water. The well encountered 98 ft of high-quality oil pay in sandstone of the Bahariya formation. The well was connected to production facilities and opened for first production on 8 May, less than four days from rig release.

Fajr-8 is the fifth producing well in the Fajr field since the commercial discovery was approved for development in March 2021. Together with the producing Farah (three wells) and Mashreq (one well) fields in SEM, which were also approved for development in 2021, total SEM oil production is expected to increase from 4,300 bbl/day currently to more than 6,000 bbl/day from nine total wells. All the wells produce from intervals less than 5,000 ft in depth.

“PetroFarah’s rapid development of the three new field discoveries made by Apex in 2021 is a testament to the strong relationship and sense of urgency we share with EGPC to increase Apex’s and Egypt’s oil production,” said Apex’s founder and Chairman, Roger Plank.

“With a second rig being utilized at SEM later this month, and numerous drilling locations identified, we look forward to continued development success,” Tom Maher, Apex’s President and CEO, said in early May.

In May, Keppel Offshore & Marine (Keppel O&M) signed contracts for the bareboat charter of four KFELS B Class rigs to be deployed in the Middle East.

The first two rigs will be chartered by ADES Saudi Limited Company for five years commencing in Q4 2022. The other two rigs will be chartered to an established drilling company in the Middle East for deployment in Q4 2022 for three years, with options for a year’s extension. Total revenue from the charters, including the options and modification works by Keppel O&M to prepare the rigs for onsite operations, is expected to be up to S$255 million.

“The multiple charter contracts that we have recently secured reflect the improving market sentiments, and attest to the value we are able to provide to rig operators with our proven KFELS B Class rigs,” said Chris Ong, CEO of Keppel O&M.

“With jackup utilization rates increasing, we are also seeing demand for rig charters and sales enquiries improve. Putting the legacy rigs to work will improve the overall marketability of these assets while reducing holding costs. As we secure more bareboat charter contracts, our legacy rigs will become increasingly valuable to both rig operators, as well as potential investors.”

On 13 April, Keppel O&M had announced the termination of newbuild rig contracts with certain customers, which will be used to fulfil these bareboat charter contracts.

Contracts extended into 2025 for 3 Seadrill jackups

Seadrill was awarded contract extensions for the AOD I, AOD III and West Callisto jackups for work offshore in the Arabian Gulf. The firm term of each contract is three years, with commencement in direct continuation of the current contracts. AOD I, AOD III and West Callisto are now committed to June 2025, December 2025 and November 2025, respectively.  Total contract value for the three contracts is approximately $361 million.

Energean has exercised options to drill two further wells with Stena Drilling, confirming the extension of its 2022 drilling campaign. In May, the company had announced a commercial discovery in its Athena exploration well offshore Israel. Now, preliminary analysis from an appraisal well indicates the discovery contains recoverable gas volumes of 8 billion cu m on a standalone basis.

The Stena IceMAX drillship will move to drill a further two wells, commencing with Hermes.

The size of the discovery is preliminarily estimated at between 5-10 million bbl of recoverable oil equivalent. Together with the other licensees, Vår Energi and Petoro, Equinor will consider tying the discovery into the Johan Castberg field.

The announcement about the Snøfonn North oil discovery was made on 25 May, about one year after the Isflak discovery in the same area. Skavl Stø will be further matured together with Snøfonn North and the previous discoveries Skavl (2014) and Isflak (2021).

The well was drilled by the Transocean Enabler.

Valaris has sold heavy-duty modern jackups VALARIS 113 and 114 to ADES Saudi for a total of $125 million. VALARIS 113 and 114 are PPL Pacific Class 400 jackups, both delivered in 2012. Both rigs had been stacked in the Philippines since they completed their last contracts in late 2015.

Valaris President and CEO Anton Dibowitz said: “We are pleased to have closed the sale of the VALARIS 113 and 114 at values which are highly accretive to our shareholders. Each rig had been stacked for more than six years and would have required meaningful capital to reactivate. We will continue to take a rational approach to fleet management, including regularly assessing our fleet for retirement and divestiture candidates.”

Chevron has sanctioned the Ballymore project in the deepwater US Gulf of Mexico. The project, with a design capacity of 75,000 bbl/day of crude oil, will be developed as a 3-mile subsea tieback to the existing Chevron-operated Blind Faith platform.

Ballymore will be Chevron’s first development in the Norphlet trend of the US Gulf. The project will be in the Mississippi Canyon area in approximately 6,600 ft of water, about 160 miles southeast of New Orleans. Potentially recoverable oil-equivalent resources for Ballymore are estimated at more than 150 million bbl.

The project, which involves three production wells tied back via one flowline to the nearby Blind Faith facility, will require an investment of approximately $1.6 billion. Oil and natural gas production will be transported via existing infrastructure. First oil is expected in 2025.

Chevron says its US Gulf of Mexico production is some of the lowest carbon intensity production in its portfolio, at around 6 kg CO2 equivalent per barrel of oil equivalent.

Shell Brasil Petróleo has started production of the Guanabara FPSO in the Mero field, offshore Santos Basin in Brazil. The Guanabara FPSO, previously known as Mero-1, has an installed capacity of 12 million cu m/day of natural gas and 180,000 bbl/day of oil. It has an initial six producing wells and seven injector wells connected to the field.

“Mero is part of our core upstream position, which is a cornerstone of our Powering Progress strategy to deliver the stable, secure energy resources the world needs today while investing in the energy of the future,” said Zoe Yujnovich, Shell Upstream Director. Powering Progress includes increasing investments in lower-carbon energy solutions while continuing to pursue resilient, competitive and high-return upstream investments.

The Mero field is part of the Libra production-sharing contract, signed in December 2013. Libra is located in the Santos basin, 170 km south of Rio de Janeiro in 2,100 m of water.

Maersk Drilling has secured a contract with Aker BP, acting on behalf of the Ivar Aasen license, to deploy the ultra-harsh environment jackup rig Maersk Invincible for the drilling of three infill wells at the Ivar Aasen field offshore Norway. The contract has an estimated duration of 86 days and is expected to commence in September to October 2022. The contract value is approximately $22.4 million, excluding integrated services provided and potential performance bonuses. 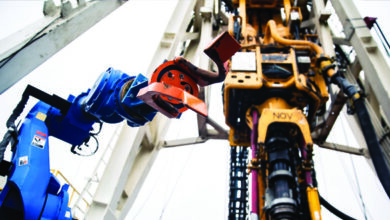 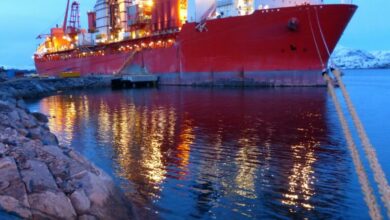 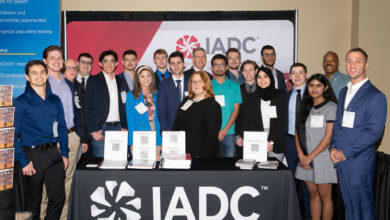