Maersk Drilling has taken delivery of its third XL Enhanced ultra-harsh environment jackup, the Maersk Integrator, from the Keppel FELS shipyard in Singapore ahead of schedule.

The rig was expected to start its mobilization to the Norwegian North Sea in late February. After arrival, it will commence a contract of four firm years plus two one-year options with Statoil for development drilling on the Gina Krog field. The estimated firm contract value is $620 million.

The rig is the third in a series of four newbuild ultra-harsh environment jackups to enter Maersk Drilling’s fleet in 2014-16.

The four jackup rigs represent a total investment of $2.6 billion. The first three jackups have now been delivered from the Keppel FELS shipyard, and the fourth will be delivered from the Daewoo Shipbuilding and Marine Engineering shipyard in South Korea in 2016.

With a leg length of 206.8 m (678 ft) the XL Enhanced rigs are the world’s largest jackups and are designed for year-round operations in the North Sea, in water depths up to 150 m (492 ft). Uptime and drilling efficiency are maximized through dual pipe-handling.

The drill floor features Multi Machine Control – a fully remote-operated pipe-handling system allowing all standard operations, such as stand-building and tripping, to be conducted without personnel on the drill floor.

ExxonMobil announced that production has begun from its Sakhalin-1 project’s Arkutun-Dagi field – the last of the three fields to be developed. Peak daily production from the field is expected to reach 90,000 bbl/day.

The field, located off the northeast coast of Sakhalin Island in the Russian Far East, will bring total daily production at Sakhalin-1 to more than 200,000 bbl/day.

The other two fields – Chayvo and Odoptu – began production in 2005 and 2010, respectively.

Production from Sakhalin-1’s Arkutun-Dagi field will be routed through the existing Chayvo onshore processing facility on Sakhalin Island and delivered through pipelines to the De-Kastri oil export terminal located in Khabarovsk Krai, Russia.

Exxon Neftegas is the Sakhalin-1 consortium operator, with 30% interest.

Eni has announced a discovery in the West Melehia deep exploration prospect, located in the Melehia licence in the Western Desert of Egypt. The exploration well was drilled to a depth of 4,175 m, meeting a 20-m net mineralized accumulation of light oil in the Lower Cretaceous age of the Alam El Bueib formation. The well also encountered a significant mineralized accumulation of gas and condensates in the Upper Jurassic age in the Safa formation.

The discovery will be followed by the drilling of other delineation and development wells, which is expected to result in an estimated production of 8,000 BOED by the end of 2015.

In separate news, Eni also announced that it was awarded two exploration licenses in the Barents Sea and in the North Sea part of the Norwegian Award in Pre-Defined Areas 2014.

Following the award, Eni is operator of PL 806, in the Barents Sea, with a 40% stake, while E.ON E&P, Edison International and Petoro are partners, with 20% respectively.

Petrobras has found light oil and gas in the Farfan area after drilling a well in the Sergipe Basin ultra-deep waters.

The results confirm predictions made in the region, as announced in August 2013. Petrobras observed favorable permoporosity conditions in the turbidite reservoirs with thickness of 54 m.

This drilling also presented a new light-oil accumulation in another deep reservoir, with 28-m thickness and promising permoporosity conditions. Well 9-SES-188D/9-BRSA-1280D-SES is located 107 km from the city of Aracaju, 5.7 km from the discovering well and in a water depth of 2,492 m. The well reached a final depth of 5,900 m and is under evaluation.

This accumulation is part of the Sergipe-Alagoas Basin deepwater exploration project, according to Petrobras’ Business and Management Plan for the 2014-2018 period.

Chevron Mauritania Exploration has reached an agreement to acquire a 30% non-operated working interest in Blocks C8, C12 and C13 offshore Mauritania from Kosmos Energy. The transaction is subject to the approval of Mauritania’s government.

Under the agreement, Kosmos Energy will retain a 60% interest and remain as the operator. Société Mauritanienne des Hydrocarbures et de Patrimoine Minier, Mauritania’s national oil company, will continue to have a 10% interest. Following any commercial discovery after the exploration phase, Chevron will become the operator, maintaining a 30% working interest.

In January, CNPC Chuanqing Drilling Engineering Company completed Well Keshen-902 at a depth of 8,038 m (26,371 ft). CNPC believes this to be the deepest onshore well drilled in China to date.

Well Keshen-902 is an appraisal well located at the southwest wing of the Keshen-9 structural high in the Kelasu structural belt. The well was drilled using a domestically developed 9,000-m electrical drilling rig.

Compared with the drilling of Well Keshen-7 – drilled in 2011 in the same structural belt – the drilling cycle for the new well was 368 days, which was 380 days shorter.

Statoil, along with its PL035 partners Det Norske and Svenska Exploration, has completed a two-well program in the Krafla area in the North Sea. The wells were drilled by the Transocean Leader.

“Altogether we expect to have discovered recoverable resources in a range of 140-220 million barrels of oil equivalent just 25 km southwest of Oseberg South and 150 km west of Bergen. These are very substantial volumes for a mature area of the shelf,” said Irene Rummelhoff, Statoil Senior VP for Exploration on the Norwegian Continental Shelf.

Atwood Oceanics has announced that one of its subsidiaries has entered into an agreement to provide drilling services with the jackup rig Atwood Mako. The contract will be performed in Southeast Asia at an operating dayrate of $155,000 for a minimum term of 70 days. It includes a priced option for an additional term.

The Atwood Mako is presently working for EQ Petroleum Developments offshore Malaysia and is expected to mobilize to its new location in late March, in direct continuation of its current program.

More rig construction and contracts news, as well as oil and gas discoveries and field development updates from around the world, are available on DC’s Global and Regional Markets microsite. Click here to visit the site. 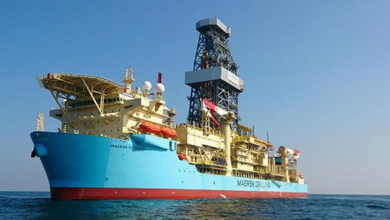 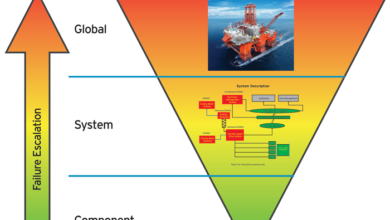