DNV GL has launched a new standard that allows operators to choose thermoplastic composite pipes (TCP) instead of steel or traditional flexibles, enabling substantial cost reductions throughout the project lifecycle.

After the successful and wide adaptation of the recommended practice (RP) DNVGL-RP-F119 by the industry for qualification of TCP for various applications from dynamic to static applications since its publication in 2015, the RP has now been converted to an official DNV GL standard DNVGL-ST-F119. This reflects the growing confidence in the TCP technology and the methodology of RP to deliver safe and reliable performance to the industry.

Almost a decade after the manufacturing of the first Thermoplastic Composite Pipes, this non-metallic pipe concept is increasingly gaining the attention of the Oil and Gas industry. Spoolability, significantly lower weight to strength ratio compared to conventional metallic pipes and the absence of corrosion, make TCP a potentially disruptive technology in the pipeline industry. Various pilot projects with different operators have been initiated in the past few years to use TCP in offshore oil and gas projects to cut cost and increase efficiency.

Throughout this time DNV GL has played the role of an independent certification body for TCP to facilitate the adaptation of the technology by the industry, while ensuring the reliability and safety targets comparable to conventional metallic pipes.

“In 2015 the recommended practice DNVGL-RP-F119 for design and qualification of TCP was developed through a DNV GL-led joint industry project involving 18 companies covering the whole supply chain; from polymer producers, via TCP manufacturers, to oil companies as the end users,” Ramin Moslemian, Principal Specialist in DNV GL – Oil & Gas, said. “The document went through rigorous internal DNV GL and external hearing rounds and more than 700 comments were collected from the industry to ensure the thoroughness and quality of DNVGL-RP-F119. In December 2017, a small revision of the RP was conducted based on feedback from the industry.”

Since its publication, the RP has been the only available document for qualification of TCP in the industry and has been used in almost all of the TCP pilot projects across the globe. The design and qualification methodology of the RP has been adopted by all manufacturers of TCP as well as developers of hybrid flexible pipes in which the pressure armour within a conventional steel-based flexible is replaced by TCP.

“The launch of the new DNV GL standard for TCP shows the industry is looking for innovative methods that reduce costs for their operations. The new standard gives the industry the trust and confidence that they can move forward with TCP safely across all lifecycle stages of a pipeline or riser,” Liv A. Hovem, CEO DNV GL – Oil & Gas, said.

The next step for DNV GL is to help the industry identify attractive applications and support stakeholders through the decision process. An upcoming DNV GL type approval scheme being issued later this year will make it easier for engineers to design pipeline systems using TCP. 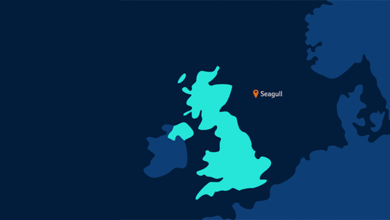