Schlumberger has introduced a new hydraulic fracturing technique that maximizes production through the creation of open flow channels within the propped fracture.

It has been used successfully in Argentina, Russia, Mexico and the United States. In Argentina, YPF SA deployed the HiWAY flow-channel technique to restimulate and increase gas production from a late-Jurassic Eolian reservoir. Flowback times were reduced and effective fracture half-lengths and polymer recovery were improved for higher production.

HiWAY can be applied in competent rock for single and multilayer oil or gas wells.

Varel International recently released an enhanced PDC bit in the Barnett Shale that set a 24-hr footage record, delivering an average ROP of 120.02 ft/hr and becoming the fastest bit to make it to kickoff point. The 8 ¾-in. VM613P six-bladed bit used a more active blade design with premium cutters equipped for this application. Further, backup cutters on this design were analyzed and deployed for more aggressive cutting action on the shoulder of the bit, allowing engagement of these cutters in addition to the primary cutting structure.

The bit completed the section with an average ROP that was more than 18% higher than the closest competitive offset run in the area. The dull was in great condition and sustained no serious damage, according to the Varel field engineer.

An alternative to traditional seawater treatment has been launched that does everything on the seafloor, removing the need for topside treatment plants. The SWIT (subsea water injection treatment) unit takes water injection facilities from topside to seabed for the first time, increasing oil recovery and reducing costs by up to 50%.

The tool was developed by Well Processing, with funding from members of the Industry Technology Facilitator. Tests have shown that the treatment has a significant effect on delaying the formation of biofilm. It also shows disinfectant results and a continuous reduction in solids content.

Final full-scale seabed pilot trial results show that SWIT gives 99.7% uptime compared with the industry norm of 85% to 95%. The technology gives freedom of choice on the number and location of injection wells, allowing for the introduction of as much treated seawater as required without typical host platform restrictions.

Enventure Global Technology successfully completed its first commercial installation of the 8 in.-by-9 5/8 in. MonoSET Openhole Clad (OHC) system. The system was installed for Petroleum Development Oman (PDO) in a deviated well in the Fahud Field to stabilize a shale section.

The system expands proprietary solid steel tubulars using a shoeless tool design for a solution that is hydro-mechanically expanded. It isolates a trouble formation in the well without anchoring back into existing casing and provides an 8 ½-in. (215.9-mm) pass through below 9 5/8-in. (244.5-mm) casing with lengths from a single joint to over 1,000 ft.

PDO planned for the use of the system to address a challenge common to drilling through carbonate formations — trouble zones in the formation that threaten production. To mitigate these threats, an operator needs to isolate targeted sections of a wellbore and use heavier drilling muds to proceed, resulting in a more complex well environment.

Enventure’s system in the Fahud Field stabilized a hole section, enabling more efficient drilling in the lower section of the well. The system’s successful application provided information that can be applied to help facilitate additional deployments in future wells.

Guest Editorial: MPD benefits are evident, but industry needs tools, learning to use it effectively

IADC retrospective: charting industry history through the pages of DC 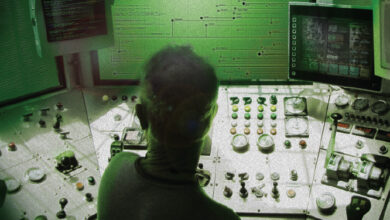