Growing up in the town of Chorley in Lancashire – a region that was the industrial heartland of the north of England for centuries – David Shackleton did not have much direct exposure to the oil and gas business in his childhood. But he did grow up with a great appreciation for the role that fossil fuels played in the history of Lancashire – both in industries like cotton, a big business in the area due to its proximity to the port of Liverpool, and in the general betterment of people’s quality of living, by lighting homes and streets and allowing people to do basic things like cook food.

In fact, Mr Shackleton was born in Chorley because his grandfather had moved there just after World War II to take charge of the town’s natural gas supply. “The gas holder was one of the biggest landmarks in town, next to the mills,” he recalled. “Whenever I saw it, it would remind me of him and the role he played in ensuring the town had gas back in those days. People respected him for the work he did.”

While Mr Shackleton would eventually find his way to the oil and gas industry, joining Independent Data Services (IDS) in 2012, he initially decided to study physics at the University of Durham because he “wanted to know how things in this universe worked.” He then earned a Post Graduate Certificate of Education from the University of Cambridge and took up a high school teaching position, seeing it as an opportunity to share his passion for physics with the next generation.

Within a few years, however, “I realized that I was encouraging all of these students to learn every day and that I should be doing that myself, as well.”

So he went back to school and earned a Master of Education from Endicott College in Massachusetts, studying things like strategic adoption of technology, leadership in international organizations and language diversity.

By 2012, Mr Shackleton found himself becoming interested in a whole new emerging area of science – the science around data. He joined IDS that year, fascinated by the company’s efforts at the time to try and make sense out of 15 million hours of drilling operational data that had been stored in databases going back to the 1990s.

“The work seemed fascinating because it encompassed not only mathematics and statistics, but also data and the physics behind the drilling and completion of a well,” he said. Moreover, the job involved working with people and developing trust and relationships. “In a way, I transferred my skills from working with kids to working with adults. Like with teaching, I saw that I could make a difference by helping people improve the way they did things.”

When IDS later determined that most of the 15 million hours of data collected previously was unusable, the company began introducing new measures to help customers collect more complete and accurate data. This included adding things like dropdown menus and fixed-type comments, which prevented users from typing in free text that would be hard to aggregate or parse. Numbers were also saved into data tables so they could be easily analyzed.

The company then began automating activity comments for the daily drilling report. “Rather than requiring the worker to spend between one and three hours writing into this report,” Mr Shackleton said, numbers and other data would be auto-populated whenever possible. “So most of the DDR became fully automated, because we found that most of the data already exists somewhere. There’s no need for a worker to write out their own version of the truth.”

By 2018, Mr Shackleton’s work at IDS led him to the IADC Advanced Rig Technology (ART) Committee, which was just starting to revamp the IADC DDR system to something that could be more fully digitalized and to allow much more granularity in its reporting. He ended up playing a key role in the project over the next couple of years, eventually representing the committee to present a paper on the new DDR Plus system at the 2020 IADC/SPE International Drilling Conference.

Looking to the future of the drilling industry, Mr Shackleton urges companies not to underestimate the importance of and potential opportunities associated with data science, especially if stakeholders – operators, drilling contractors and service companies –  can find ways for better collaboration.

With the DDR Plus, for example, being able to automatically populate the activity fields using automated rig state detection can lead to applications of blockchain technologies when it comes to contracts and payments.

Benchmarking using anonymously shared data is another possibility, he believes. “The industry is becoming totally reliant on data, and I think being able to collaborate using the data available can really help drilling contractors to become more profitable.” DC 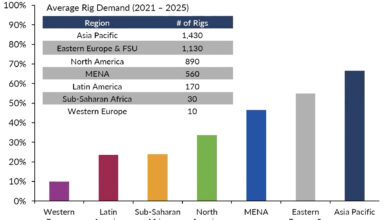 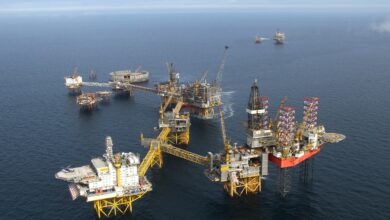