ConocoPhillips has announced that it intends to reduce future deepwater exploration spending, with the most significant reductions coming from its operated Gulf of Mexico program.

“Since the start of the oil and gas price downturn last year, we have moved decisively to position ConocoPhillips for lower, more volatile prices by exercising capital flexibility and reducing operating costs across our business,” Ryan Lance, Chairman and CEO, said. “Our decision to reduce spending in deepwater will further increase our capital flexibility and reduce expenses without impacting our growth targets. This strengthens our ability to achieve cash flow neutrality in 2017 even if lower commodity prices persist.”

“We have achieved some notable success in our deepwater program, particularly in the Gulf of Mexico Lower Tertiary play and offshore Senegal,” Mr Lance continued. “We are committed to delivering the value we have created from these discoveries, while reducing the number of deepwater exploratory prospects we drill in the future.”

In conjunction with its stated plan to reduce future capital expenditures in deepwater exploration, the company has provided notice that it will terminate its contract for the Ensco DS-9 deepwater drillship. The DS-9 was scheduled for delivery to the Gulf of Mexico in late 2015 to begin drilling ConocoPhillips’ operated deepwater inventory on a three-year contract. Under the terms of the contract, the company is subject to a termination fee that represents up to two years of contract dayrates. Details of the termination are under discussion, but the company expects to take a special item charge for termination in the third quarter.

“Our actions reflect a decision to reduce exposure to programs with greater resource risk and longer cycle times. However, we will continue to pursue organic growth through more focused exploration programs,” Mr Lance said. “Furthermore, with increased capital flexibility, we can direct more investment to our captured resource base of 44 billion bbl of oil equivalent, which includes significant identified inventory in the highest value areas of the Eagle Ford, Bakken, Permian and Western Canada unconventional plays, as well as our legacy businesses around the world. We believe this will accelerate value for shareholders by shortening the cycle time on our overall investment program. 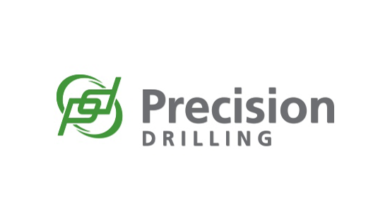