Carbon dioxide (CO2 ), that essential building block of nature used for everything from dry ice to carbonated drinks, has proven useful as an agent for hydraulic fracturing and stimulation and for enhanced oil recovery (EOR) operations. Used in fracturing operations since the 1970s, the naturally occurring gas is now being deployed as a treatment in formations in the Permian Basin, the Texas and Oklahoma panhandles and Colorado and Wyoming.

The source of the CO2 is the Bravo Dome formation in northeastern New Mexico near the town of Bueyeros, an area believed to hold the purest naturally occurring source of CO2 in the US. The formation was discovered in the 1940s and, at that time, was believed to hold an estimated 11 trillion cu ft (tcf) of CO2.

A part of the 34-sq-mile reservoir is being developed by Reliant Exploration and Production, a division of Reliant Holdings, with the Atlas Copco RD20 rig. Reliant leases a CO2 field in the center of the Tubb Sandstone Formation, about 2,300-ft deep. “We call this the Rocky Mountain spring water of CO2,” said Freddie Vanderburg, chairman of Reliant Holdings. “We’re seeing  tremendous demand for CO2, particularly in the oil-producing areas.

“Our big concern, especially in the drought-prone region where we are located, is the high volume of water being used in fracturing operations,” he continued. “With this approach, we can inject a high concentration of CO2 into the formation to enable the fluids being used in the fracturing process. With a CO2 foam frac, for example, the amount of water used is greatly reduced as it is replaced with liquid CO2.” The method has been especially valuable in clay formations that are susceptible to water and can become easily swollen to choke production.

“CO2 allows us to get around the problem of damaging these reservoirs, reduce the amount of waste water and get the well to production sooner.”

CO2 is especially suited to older, water-flooded fields, typically sandstone or limestone, for EOR and in low-pressure/low-permeability reservoirs for fracturing. Higher-pressure shale plays where horizontal drilling is common typically rely on less expensive slick water for fracturing. “CO2 is considered an energized fluid,” explained Vance Vanderburg, director of sales for Reliant Exploration. “It is pumped as a liquid, then turns to gas, so it generates a lot power as it expands in the reservoir. A ton of liquid CO2  converts to 17,198 standard cu ft of gas. When the fracturing operation is completed, the well can then be cleaned and put back online.”

For the Permian Basin, the CO2 is transported by pipeline from the Bravo Dome formation to one of several Permian Basin CO2  plants by FloCO2, another Reliant division, and stored in 250-ton, high-pressure vessels, similar to a frac tank. For hydraulic fracturing applications, the gas is liquefied and pumped directly into the formation. “Once the CO2 gets into the formation, it heats up and turns into a vapor,” Freddie Vanderburg explained.

“EOR involves tertiary stimulation, and in this case, the CO2 is injected as a vapor into the formations,” he continued. “Often, operators use a water-alternating-gas (WAG) system, first injecting water, then injecting CO2 as a gas. The properties of the CO2 help reduce the viscosity of the oil and expand it. With this method, we can bring aging oilfields back to life,” he noted. The CO2  is swallowed up by the formation, but sometimes comes back mixed in with the oil or gas, he explained. In that case, CO2 recovery units at the processing plant strip out the CO2 and prepare it for reinjection into the EOR project.

Reliant anticipates drilling an estimated 150 CO2 wells in the Bravo Dome reservoir. Because of the damaging effects of CO2 on steel, the wells are cased with a combination of 5 ½-in. fiberglass, cemented at 2,000 ft and steel for the bottom 200-300-ft section, Freddie Vanderburg said. 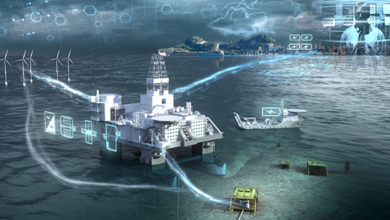 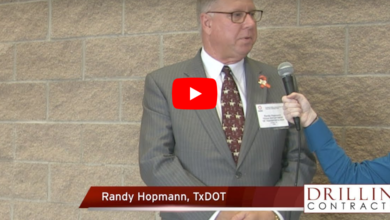