With a goal to produce 6.5 billion cu meters of shale gas per year by 2015, Chinese energy companies are aggressively looking for technology breakthroughs to speed up ROP and enhance drilling efficiency, said Yang Qingli, president of CNPC Technical Services Company, during a keynote address at the 2012 IADC/SPE Asia Pacific Drilling Technology (APDT) Conference on 9 July in Tianjin, China. These include better pinpointing of sweet spots, more efficient and cost-effective drilling of horizontal wells, and reservoir stimulation with reduced water requirements, he said.

Simplified casing programs, cluster-well drilling, extensive application of LWD tools and equipment upgrades are all among integrated measures that China National Petroleum Corp (CNPC) is taking in its approach to unconventional gas development.

Another key piece is what Mr Yang called a “5+1 cooperative mode.” “We develop tight gas fields in a 5+1 cooperative mode, which means that an oilfield operator manages five EPC contractors and pays them based on gas output. Both the owner and the contractors can benefit from the lower cost of development and increased profit. Our engineering and technical service teams are encouraged to utilize their EPC experience in various types of oil and gas fields at home and abroad, and actively optimize development technologies,” he explained.

Mr Yang added that CNPC has shortened the average drilling periods of vertical, directional and horizontal wells by approximately 58% and has reduced the cost per well by approximately 35% from 2010 to 2011. Going forward, the company hopes to further increase single well production and overall recovery through more accurate positioning of sweet spots and increased control of reserves per well.

Efficient reservoir stimulation will be key, he said. CNPC has hydraulically fractured up to 15 stages in a single borehole and fractured 13 stages in a 6-in. open hole with their independently developed tools, Mr Yang said. “Better result is achieved by dynamically adjusting the fracturing plan based on real-time microseismic monitoring during the fracturing process,” he added. “In 2011, we saw a 30.23% increase in production from each new horizontal well in our blocks overall developed with horizontal wells as compared to 2010.”

With an estimated 25 trillion cu meters of recoverable shale gas in the country, China expects that this resource will account for up to 25% of the national gas energy supply by 2020. CNPC has already built two demonstration shale-gas basins in its blocks; the first vertical test well yielded more than 10,000 cu meters/day of gas, and a recently completed horizontal well output 145,000 cu meters/day of gas. That was 13 times that of an adjacent vertical well, Mr Yang said.

“The challenges are China’s major target areas of shale gas are characterized by distinct geology and geography from those of foreign countries. The reservoirs are buried in deep, aged and fragile formations prone to collapsing. It is a challenging task to build long horizontal sections to tap them,” he said. These wells also are located in mountains, making surface conditions complex and making it difficult to carry out factory-style construction.

“I believe that China’s tremendous shale gas resources will usher in a new wave of development in the near future. This will offer great opportunities for engineering and technical service companies, including not only those in China but also those from overseas,” Mr Yang said. 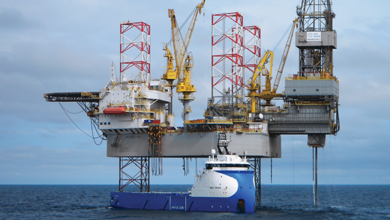 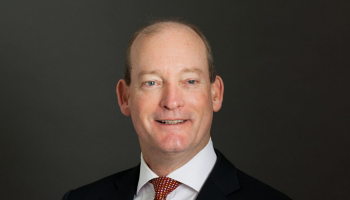