Taking a break from the usual technical tone of the Offshore Technology Conference, John Hollowell, vice president of Shell Upstream Americas, presented a different perspective on the challenges of deepwater, and the Shell Perdido and BC10 projects at the OTC topical luncheon on 5 May 2010.

“What makes (projects like these) work are the people. It’s the people behind the technology who are the real support,” he said. “Both of these projects represent significant undertakings of technology firsts. They represent pioneering efforts in new respects, but most importantly, these projects were delivered safely.”

In laying out the objectives of his speech, Mr Hollowell emphasized four words he believes to be the core of a project: care, partnership, resilience and tenacity. “For me, these four characteristics or attributes of people are what drove these projects to success.”

Mr Hollowell shared stories from his experience that exhibited examples of these qualities. Starting with care, he said, “People who care bring that dedication to all they do.”

He recalled a colleague, Paul Dixon, a senior engineer, working in Norway at the time, who tried to connect with his staff by contracting Shell’s FIA Formula One driver to speak with his crew about safety. “He had everyone’s attention and got them thinking, not just about safety on the job but also about personal lives and those around them.”

Finding unique ways to present old material is just one aspect of Mr Hollowell’s idea of “collective care” — something he said made a difference in both of these projects.

Discussing the next characteristic, Mr Hollowell defined “partnership” as “the quality of cooperation and involvement and mutual respect amongst everyone on the project. No matter the role, it helps everyone do better.”

He referenced the tragic 2008 hurricane that damaged part of Perdido. Many of the workers were left to deal with the aftermath of their home life onshore. “Shell stepped in and provided water, fuel, food, temporary housing, laundry and other help,” he said. “The crew was able to stay deployed while getting their personal family lives back together.”

“In our industry, we all put tremendous effort into trying to get everything planned and defined up front,” he said. “But we’re moving into new frontiers, and planning is good, but as we’ve learned, it’s probably not good enough. There are things you can’t imagine.”

Resilience is a must in team efforts, Mr Hollowell said, and key in creating new and better solutions in high-pressure situations. During the startup phase of Perdido, for instance, gas export problems left many on the team stumped. Instead of allowing this to overcome their mentality and the project, more than 65 people put their heads together to arrive at the best alternative.

“Find a way to say ‘No’ to ‘No,’ ” he said. “(The crew) simply pulled even closer together, worked even longer and harder, and our suppliers, partners and contractors stepped up, too,” he said. “When things went wrong, there was no finger pointing.”

Finally, there is tenacity, something Mr Hollowell believes to be necessary for pushing the envelope to explore in new frontiers.

He referred to the challenges of controlling the maximum lift capacity of Perdido’s topside and repairing wench problems. Several employees withstood surgery pains, distance and busy schedules to be present and available to “get on that phone, get on the plane, because that’s what it took,” he noted.

“With tenacious people, when something like this happens, you see this wheel on the side, they have even more focus and they do more than you think they could, and they do it without being asked.”

OTC 2010 keynote: Believing in the 'impossible' key to moving onto new frontiers 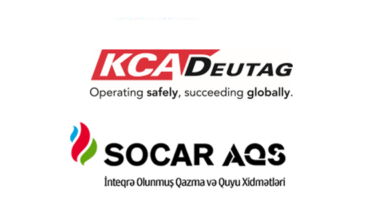 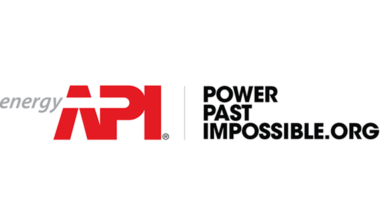