At the 2010 Offshore Technology Conference Awards Luncheon on 4 May, Hugh Elkins was honored with the individual distinguished achievement award for his role as a “subsea innovator.” “I got to witness, in 1969, the mess made on the beaches along the Santa Barbara channel caused by a blowout. This made me want to get involved in designing equipment,” he said. He is responsible for setting the standard for the six ft-radius technology for subsea wellhead guide bases and blowout preventer stack guide frames.

Before his retirement, Mr Elkins worked as the director of business development for National Oil Well Varco, but has served in various engineering roles for 20 years with Hydril. Among many testimonials to Mr Elkins’ work, IADC president Dr Lee Hunt said Mr Elkins created a “sense of common purpose” for our industry.

Anadarko was honored with the company distinguished achievement award for their record-setting Independence Hub. The project was recognized for its collaboration in creating an infrastructure solution that gave access to previously unreachable ultra-deepwater reserves.

In addition to the individual and company recognitions, keynote speaker Chuck Davidson, chairman and CEO of Noble Energy, expressed sentiments on his personal connection to the recent Deepwater Horizon incident, labeling it as an industrywide responsibility to ensure an accident won’t be repeated.

“I recall myself some 12 years ago as CEO of Åsgar Resources signing a contract that led to the construction of a deepwater drilling rig, and that drilling rig was the Deepwater Horizon,” he said. “I think how we respond to adversity, and I know we will continue to go forward, but we do live under a dark cloud these days, and one thing is very clear: We have to find out what happened, and we have to fix it so it won’t happen again.”

And moving forward is what Mr Davidson expressed as how the industry has been able to evolve into changing our natural gas supply structure and participate in the explosive growth in shales.

“If you want to talk about change and talk about our environment, it’s not offshore, and we’re all aware of it, and that’s what’s happened with North American gas. It has been a true shift in terms of what’s been happening with the explosion of the unconventional gas shales that we’re developing here in the United States,” he said.

A few years ago, we were truly worried about running out of natural gas, today, Mr Davidson said. Today, we have an abundance of natural gas. This, he said, is an example of turning something that was thought “impossible” into a reality – a quality of our industry. Challenges such as access to capital have also dissipated over the last few years.

He praised the industry for the amount of discoveries that have emerged in the last couple of years, saying that an increase in commodity prices, persistent testing, continuous efforts to reduce cost and improve results and not being afraid to apply new technologies are all catalysts that have enabled the industry to move into new frontiers – especially shales. “I think this is one of the best examples of the industry’s perseverance in new technology,” he said. The US is estimated to have 100 years of gas resources, according to the EIA. Mr Davidson believes that, at the rate we’re going, “what we call unconventional gas will be viewed as very common.”

This “belief in the impossible” mentality also follows the movement of the industry into deepwater. “It’s this industry’s willingness to take on new opportunities that’s pushing the resources forward for our country,” he said. He specifically referred to the Gulf of Mexico as a huge resource on which the country has become dependent.

There will be a continual growth in the Gulf of Mexico pre-salt reservoirs, he said, citing MMS information. “But don’t give up on the shelf. It seems like just when the shelf dies away, somebody comes up with a new concept.” Israel’s “super gas” in the Tamar and Dalit areas are examples of making discoveries based on simply thinking “today’s reality is yesterday’s impossibility,” which led to securing 1,600 sq miles of additional access to resources.

“The world is not what we think it is,” he said. “We all have a habit of taking what’s happening today and assuming it will happen tomorrow. The future is really being built on concepts and ideas that were truly viewed as being impossible in the past. Our willingness to take on the impossible has led us to change.” 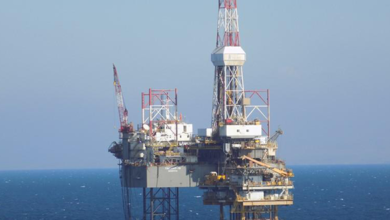