As interest in the Marcellus gas play intensifies, two Pennsylvania lawyers well-versed in the state’s environmental and land use planning laws have a simple message for the gas exploration industry in Texas and other states: Be a good neighbor.

We represent industry in Pennsylvania and are deeply familiar with the environmental and land use planning laws in the commonwealth. We were delighted to see the initial reports of the Marcellus Shale and its promise, and we welcome the economic boom and energy independence that this gas play promises for

Pennsylvania and its residents. So do many others, including landowners, tax collectors, and government and economic development professionals.

At the same time, and in the spirit of making this a “win-win,” we want to caution our friends in the oil and gas exploration industry. Pennsylvanians, in general, are fiercely protective of their natural resources.

Let us give some examples. Throughout the regions in which the Marcellus Shale will be exploited, hunting, fishing, camping and other outdoor activities are part of everyday life, indeed part of Pennsylvania’s culture. State government alone owns about 2.5 million acres of some of the most beautiful forest in America. Nearly 1 million hunting licenses are sold annually in Pennsylvania, and nearly as many fishing licenses. Our sportsmen contribute huge resources to wildlife and habitat protection and are well-organized to protect the land they love.

Pennsylvanians put their money where their mouths are. State and local governments spend hundreds of millions of dollars purchasing development rights on forest and farm land. Landowners have donated hundreds of millions of dollars worth of conservation easements. All of this is to permanently protect the land for habitat, outdoor sports and agriculture.

Many tourism jobs are dependent on the quality of our outdoor spaces. The state actively promotes the “Pennsylvania Wilds” as a vacation destination. Come up and visit us. You will be impressed. Northeast Pennsylvania is home to the natural beauty of the Pine Creek Gorge, the Allegheny National Forest and the darkest skies in the east at Cherry Springs State Park.

Pennsylvania forests have been touted as one of the greatest environmental comebacks of the 20th century. Why? Because much of it was decimated by the forest industry in the late 19th and early 20th centuries.  Pennsylvanians have long memories. Wise leaders, including our Gov. Gifford Pinchot, whom some call America’s first professional forester and first conservationist, orchestrated the purchase and management of much of that land. It is one of the crown jewels of our commonwealth.

Pennsylvania businesses that rely on the rivers for their industrial purposes (and need a certain level of cleanliness in that water) will not hesitate to demand state action if there is a dramatic change in water quality.

Local and statewide environmental groups are respected and carry political clout. Some voices are already, prematurely, predicting widespread environmental degradation from Marcellus Shale exploitation, on the scale of the aforementioned forestry destruction. Citizens of Pennsylvania are listening and watching. Their message, we believe, would sound familiar to Texans – “Don’t mess with Pennsylvania.”

Please understand, we are avowed supporters of the prospect of trillions of cubic feet of natural gas being pumped from beneath Pennsylvania lands, and we wish the industry well. It is good for America and good for Pennsylvania.

We are convinced that it can be done in an environmentally sound way, preserving our wild and natural resources while also meeting the economic needs of Pennsylvania’s landowners, workers and taxpayers.

So what is the catch? How the industry performs, environmentally, at the onset of the “play,” will determine the success of the gas industry’s future in Pennsylvania. Now under tremendous scrutiny, some influential few are just waiting for you – industry – to mess up.  It is crucial that the industry prove its critics wrong. If not, the result will likely be an overregulated industry that could delay Marcellus Shale gas drilling for years. The mechanisms are in place to do that damage rapidly and irreparably.

Initial reports indicate that when exploration companies started withdrawing water for “hydrofracing,” they neglected to get water withdrawal permits from the Susquehanna River Basin Commission (SRBC) or the Delaware River Basin Commission (DRBC). Before this issue was resolved, fines were levied against several companies. The SRBC and DRBC now scrutinize all water extraction efforts by drilling companies for fresh water and disposal of production water.

The Monongahela River, near Pittsburgh, suddenly has significant levels of total suspended solids (TSS). This TSS did not exist prior to the recent Marcellus gas activities, leading to the initial assumption that it is the disposal of used “hydrofracing” water that is contributing the TSS. The Pennsylvania Department of Environmental Protection (PaDEP) is examining whether production fluids are being dumped into tributaries of the Monongahela (either illegally, or from neighboring West Virginia) and causing this problem.

More recently, a water well-house blew up. The reported cause was natural gas that had seeped out of a Marcellus well and resulted in the explosion.

We have seen news reports of natural gas and gas residues being found in drinking water drawn from wells.

There are concerns about contamination of public water supplies. The city of New York is fighting drilling in southern New York state right now because of fear that its massive reservoirs may be contaminated by Marcellus drilling.

As industry continues exploration and production, we strongly urge the industry to bear in mind that Pennsylvania has not one but multiple environmental agencies and levels of government, each with jurisdiction over some aspect of gas drilling.

While Pennsylvania’s Oil and Gas Act supposedly pre-empts local regulation, that pre-emption has been recently challenged before our Supreme Court. That court ruled that, while much local regulation is pre-empted, in some significant ways, oil and gas drilling is subject to local land use planning and zoning.  Again, industry would be well advised to be a good neighbor, whether it is dealing with the commonwealth, or one of the more than 2,500 municipal governments in Pennsylvania with regulatory authority over zoning and development activities.

Widespread regulation by local government, should it be prodded into action by the realization of even some of the dire or unfounded predictions of environmental problems from shale production, could significantly impede economical exploration.

Despite our cautionary message, industry still has it pretty good in Pennsylvania. As one prominent elected official here said recently, if you drew a map of where jobs and economic development are needed in Pennsylvania, you could not have created a more perfect match with the Marcellus Shale region.  We suggest that industry wants to keep it that way, and so do many responsible Pennsylvania leaders. But the job will be more difficult if influential citizens groups are galvanized into action by reports of environmental damage from gas production.

The burden is on industry to do its job with a minimum of environmental damage so that (Pennsylvanian) state agencies do not react by promulgating massive regulations and so that municipalities do not attempt to make it impossible to drill within their corporate borders.

We hope for a long, happy and mutually beneficial relationship between gas drillers, landowners the public and regulators. The Marcellus gas play is unusual in its size, extent and proximity to customers. This gas would go a long way towards assisting the United States achieve energy independence.

Right now, the burden is on industry to do its job with a minimum of environmental damage so that our state agencies do not react by promulgating massive regulations and so that municipalities do not attempt to make it impossible to drill within their corporate borders.

Our advice to the industry is to demonstrate that it does not need to be overregulated in order to be a good corporate citizen.

Joel R Burcat and George Asimos are partners with the Pennsylvania law firm of Saul Ewing LLP. Mr Burcat is an environmental lawyer, vice-chair of the Environment, Energy and Utilities Department and is based at the firm’s Harrisburg office. Mr Asimos has been a real estate and land use lawyer practicing throughout Pennsylvania for more than 20 years. 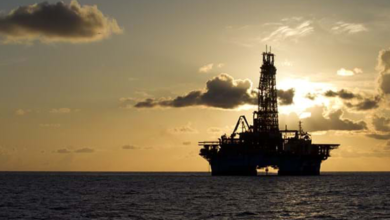 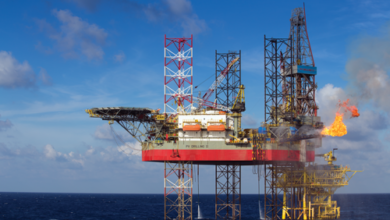