The US Bureau of Safety and Environmental Enforcement (BSEE) is proposing to update regulations covering offshore oil and gas drilling operations to improve reliability, safety, efficiency and environmental stewardship, and reduce unnecessary burdens on operators. BSEE reviewed the existing regulations in response to Executive and Secretary’s Orders instructing it to identify ways to reduce unnecessary regulatory burdens while ensuring that offshore oil and gas drilling operations are conducted in a safe and environmentally responsible manner. The Proposed Blowout Preventer Systems and Well Control Rule was submitted to the Federal Register on 27 April to open the 60-day public comment period.

“Using innovation and best science to increase safety and reliability, BSEE took a careful and deliberate approach to reduce unnecessary regulatory burdens,” BSEE Director Scott Angelle explained. “These reform efforts are part of the Trump Administration’s push for smart and safe energy development.  We’ll continue to work to do our job smarter and to ensure industry is exploring and operating safely.”

BSEE’s team of career engineers and regulatory specialists reviewed the rule over the past year and identified certain provisions that were overly burdensome, unclear, impractical and have, through their implementation, required BSEE to repeatedly grant permission to utilize alternate procedures or equipment. The team also identified additional long-standing policies that could be incorporated into the regulations.

“BSEE’s approach to this regulatory reform was to make proposals that would carefully remove unnecessary burdens while leaving critical safety provisions intact and, in fact, make drilling operations on the Outer Continental Shelf smarter and safer,” Mr Angelle said.

In keeping with the relevant Executive and Secretary’s Orders, BSEE carefully analyzed all 342 provisions of the 2016 Well Control Final Rule and determined that 59 of those provisions – less than 18% of the 2016 Rule – were appropriate for proposed updating and revision.

BSEE compared each of the proposed changes to the 424 recommendations arising from 26 separate reports from 14 different organizations developed in the wake of – and in response to – the Deepwater Horizon incident. This review process had the team conduct 78,440 specific analyses. The team determined that none of the proposed rule changes would ignore or contradict any of those recommendations, or would alter any provision of the 2016 Well Control Final Rule in a way that would make the result inconsistent with those recommendations.

Further, nothing in this proposed rule would alter any elements of other rules promulgated since Deepwater Horizon, including the Drilling Safety Rule (Oct. 2010), SEMS I (Oct. 2010) and SEMS II (April 2013).

“The result of this analysis is proof that our regulatory reform efforts continue to be careful, tailored and balanced,” stated Mr Angelle. “We have been successful in developing a solid set of proposed revisions. We look forward to the public comment dialogue and to providing America with smart regulations that ensure safe exploration for America’s energy future.”

The proposed revisions would amend the testing protocol for blowout preventers, modify capability requirements for remotely operated vehicles, remove duplicative verification requirements and codify recent revisions to industry standards. Codification of a standard lends it the strength of an enforceable regulation.

The revised rule is being published as a proposed rulemaking. The public comment period will be open for 60 days. The interested public may submit comments at https://www.regulations.gov

“BSEE’s April 2016 well control rule was intended in large part to address perceived regulatory shortfalls with regard to offshore drilling equipment and processes following the Macondo/Deepwater Horizon tragedy. Throughout that rulemaking process, IADC joined with other stakeholders in carefully considering each of the proposed provisions and provided detailed comments suggesting changes to improve it. Many of these suggested changes were adopted; some were not. Since the April 2016 rule was issued, IADC and its members have strongly asserted the need to reconsider certain provisions that we believe are overly prescriptive, do not enhance the safety of operations and in some cases increase, rather than decrease, risk.

“As the owners and operators of drilling rigs and blowout preventers, IADC members have been acutely impacted by some provisions of the rule. Far from advocating scrapping the entire well control rule or other rules issued after Macondo, as some opponents of today’s proposal have argued, IADC has asked that the well control rule’s requirements be appropriately refined to increase their effectiveness while removing those provisions that add unnecessary costs without increasing safety, and it sounds like this is exactly what BSEE has done through the surgical approach it took in revising the rule.

“It’s important to consider how much has been done since the Macondo incident to improve offshore safety. Industry did not wait for BSEE to issue regulations, but proactively made major changes to operations and procedures. More than 100 offshore standards have been created or strengthened since 2010 to improve safety and many more are under active revision, and state-of-the-art intervention and response capabilities have been developed. These and other actions, including the creation of the Center for Offshore Safety and wholesale revisions to IADC’s own programs for well control training and accreditation are indicative of a strong and continuous commitment by industry to protect against future well control incidents.

“While it will take some time to review the technical requirements of the proposal, based on the fact sheet provided today, we are optimistic that BSEE has listened to input from all stakeholders and incorporated that feedback in the proposal.” 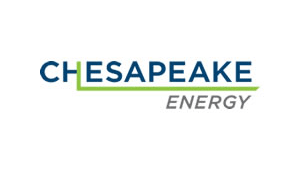 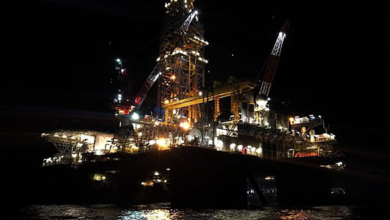