Alka Mittal has been appointed Interim Chairman and Managing Director of Oil and Natural Gas Corp (ONGC). Dr Mittal is the first woman to head India’s largest oil and gas producer. Her appointment was approved for a period of six months, with effect from 1 January 2022. Dr Mittal has been serving as Director (HR) since 27 November 2018 and was the most senior director on the Board. Dr Mittal replaces Subhash Kumar, another interim head who retired at the end of 2021.

A post-graduate in economics, MBA (HRM) and a Doctorate in commerce and business studies, she joined ONGC as a graduate trainee in 1985. Dr Mittal was the first woman to hold the charge of a full-time Director in ONGC’s history. She has also been on the Board of ONGC Mangalore Petrochemicals as ONGC nominee Director since August 2015. She is also on the boards of IIM Tiruchirappalli and NHRDN.

As Director (HR), she was conferred with the Silver Stevie Award in the Woman of the Year category at the International Business Awards 2021 for adopting best-in-class HR practices. She advocates empowerment for women and places emphasis on retraining and reskilling the workforce to be responsive to the changing environment. Dr Mittal was the mind behind the People’s Connect Initiative to facilitate knowledge sharing from superannuating employees to young professionals of the organization.

She incorporated sustainability into the talent acquisition process by adopting the practice of Green Recruitment in ONGC through an online application process and online interviews. Dr Mittal reviewed and redesigned the online performance management process of ONGC to align KPIs with the organization’s vision, mission, values and core principles, enabling more objective target setting and performance assessment. She also implemented digitization of various HR processes, including adjustments of claims, automation of training process, HR workflows, digitization of trust records, and the corporate promotion process. Under her leadership, Assessment Development Centers for senior level executives were moved online in 2020, safeguarding employee health as well as achieving cost savings of around Rs 10.5 crore.

Prior to being named as Director (HR), Dr Mittal held the post of Chief Skill Development. In that capacity, she brought in uniformity in the working of the Skill Development Centers of ONGC. During this period, she also implemented the National Apprenticeship Promotion Scheme in ONGC, engaging more than 5000 apprentices across all work centers.

Previously, she worked as Head CSR at the corporate office and took up major CSR projects across India. Earlier, she led the HR-ER functions in various capacities across regions, including Vadodara, Mumbai, Delhi and Jorhat, and was also the Head of Corporate Communications of ONGC during 2009.

She has been instrumental in training more than 11,000 graduate trainees of ONGC since 2001 on corporate governance as part of their induction program.

Dr Mittal has also made rich contributions in various professional forums and bodies. She is an Executive Committee member of the National Institute of Personnel Management and, until recently, was President of the Forum for Women in Public Sector Northern Region. She also heads the Women Development Forum of ONGC.

Precision Drilling anticipates rig count increases in 2022 for US, Canada 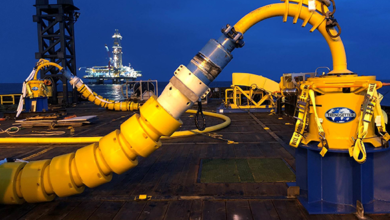 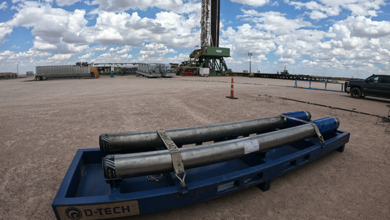 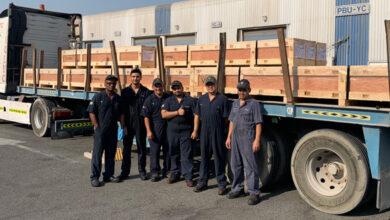