Abu Dhabi National Oil Company (ADNOC) announced the award of two  contracts totaling $2 billion to ADNOC Drilling for the Hail and Ghasha development project. The contracts comprise $1.3 billion for integrated drilling services and fluids, and $711 million for the provision of four Island Drilling Units. A third contract, valued at $681 million, was also awarded to ADNOC Logistics & Services for the provision of offshore logistics and marine support services. All three contracts will cover the Hail and Ghasha drilling campaign for a maximum of ten years.

The Hail and Ghasha development project is part of the Ghasha Concession, which is the world’s largest offshore sour gas development.

“These substantial awards mark another important milestone in the delivery of the Ghasha mega-project. They also demonstrate the deep expertise and experience within ADNOC Drilling and the wider group to efficiently deliver complex projects that enable gas expansion, while generating substantial in-country value to drive economic growth and diversification,” said Sultan Ahmed Al Jaber, Minister of Industry and Advanced Technology and Managing Director and Group CEO of ADNOC.

Production from the Ghasha Concession is expected to start around 2025, ramping up to produce more than 1.5 billion standard cu ft/day of natural gas before the end of the decade. Four artificial islands have already been completed and development drilling is underway.

In November last year, ADNOC and its partners awarded two Engineering, Procurement & Construction (EPC) contracts for the Dalma Gas Development Project, within the Ghasha Concession. They also awarded a contract to update the Front-End Engineering and Design (FEED) for the Hail and Ghasha project. The updated design is expected to be completed by the end of the year and will further optimize costs and timing, as well as potentially accelerate the integration of carbon capture. 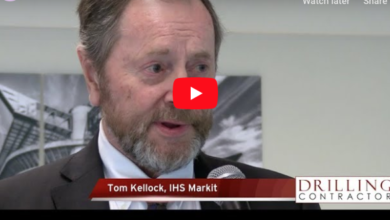