Although no one expects to see any market booms in the offshore drilling market within the next couple years, spots of rig reactivations signal hope for drilling contractors who still have a significant number of their rigs stacked in yards around the world. Aberdeen Drilling Consultants (ADC) recently facilitated two such reactivations – one jackup and one semisubmersible – and the company recently opened an office in Houston, motivated by optimism for a recovery in the region. “I think the GOM, because it’s such a key area, will probably come back quicker than lots of other parts of the world,” said Austin Hay, President of ADC Americas.

The two reactivations in which ADC recently participated were for rigs headed for work in Colombia, but the reactivation work was all done out of the GOM, Mr Hay said. One was for a semi for Repsol, and the other was for Seadrill’s West Freedom jackup for EcoPetrol. The rig will be drilling EcoPetrol’s first operated offshore well, according to ADC.

While ADC’s clients are typically operators, the company also must work closely with drilling contractors to ensure a smooth reactivation. “The oil companies hire us to make sure that the reactivation plan is foolproof… They get us to oversee the mechanical, electrical, hydraulic, the control systems, the software, the DP,” Mr Hay said. “We are there to make sure that the oil company has a rig that’s fit for purpose and the drilling contractor hasn’t missed any gaps… It’s very much a case of looking after both sides and helping them to bridge the gap.”

The challenge with reactivations during this cycle is that most of today’s modern rigs had never been stacked before. Their advanced software, controls and automation systems were never “supposed to be switched off in the first place,” he said. Mr Hay compared it with the process of updating software on laptops, which can negatively impact other pieces in the operating system that don’t integrate properly as a result. “It’s not so much about inspecting the mud pumps, for example. You have to inspect the whole of that mud circulating system and make sure all the different systems work together.”

To streamline its reactivation work, ADC relies on its TRAMS software – technical reporting audit management system. “All the different drilling contractors have their own different reactivation techniques because there’s no set standard,” Mr Hay said. “We’ve learned lots of lessons and put them into TRAMS so that we can take those lessons to the next company.”

The system also helps ADC to make data-driven improvements. “Because of the data we’ve gathered, we can help identify the rig type of age, location, areas of focus for hot spots for failure. Effectively, we can look at the past and try to predict the future… I think data is really important. In order to become more efficient, we can’t look at every rig in isolation. We have to look at what’s been done before and bring that to every job we do from now on.” 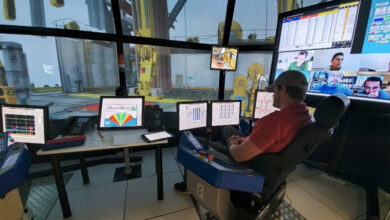 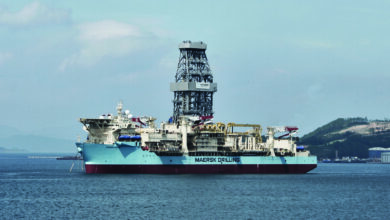