Shale drilling applications around the world can be demanding on rigs and equipment. Particularly in abrasive formations, wear on drill pipe and tool joints can be a significant challenge. However, experiences from North America can offer valuable lessons for other areas where shale exploration is still in the early stages, Michael Jellison, senior vice president – engineering at NOV Grant Prideco, said. He was speaking at the 2013 IADC Critical Issues for Unconventionals Europe Conference last week in Warsaw, Poland.

Although shales can vary greatly from one region to another, there are often similar drillstring issues in deep targets, long horizontals and temperatures up to 375°F. To address abrasive wear concerns, proper hardband application, inspection and maintenance is critical, he said. Further, steps should be taken to minimize stick-slip to prevent connection back-offs and dropped strings.

Second-generation double shoulder connections can be commonly found in shale drilling. They use a string rod configuration to use the same outer diameter and 4-in. drill pipe that might typically use 3.5 in. “It has about 65% more torque even though it is more streamlined, and it improves hydraulic performance of the drill string, as well,” Mr Jellison said. NOV recommends using casing-friendly hardband to minimize the wear of the casing. “That means no tungsten carbides,” he explained. “We would recommend putting it in a raised position and to apply both pin and box. If you do that, it’s probably going to be a good idea to order the pin a little longer so you can get more recuts.”

The most common iron roughnecks on land rigs in the US do not measure break-out torque. Most people don’t realize this, he said, but it makes proper placement very important. “Most of the time when you see the back-offs, it’s because the connection was not made properly,” Mr Jellsion said. “When they’re having issues with back-offs, they’ll make up a connection and break it out to see what torque they had, but because iron roughnecks are not capable of that, it does not provide any meaningful information.”

Another issue is heating downhole, where it is possible to reach very high temperatures very quickly. “When wells are packed off, there’s no circulation of drilling fluid, and within a matter of minutes, you can get temperatures up to 1,000°C,” he said. Such high temperatures can cause the pipe to lose strength and become brittle to the point of failure. Using reasonable drilling RPM and minimizing drill stem weight can help minimize issues related to heating, he added.

In one Eagle Ford well, a 5-in. pipe became stuck due to downhole heating, and the well packed off while backreaming. The pipe ultimately separated, which led to a fishing job, only to be followed by another failure that left the BHA and approximately 25 joints of drill pipe in the hole. “The initial failure was because the pipe was weak and soft,” Mr Jellison explained, “but then, after it broke, drilling fluids started circulating again, and it quenched the pipe.” Since the heated section was exposed to drilling fluid that quenched the pipe in an uncontrolled manner, the pipe became brittle.

This well represents the consequences that can result from downhole heating incidents. “It’s important to recognize that when this happens, it only affects a few inches of the pipe,” Mr Jellison said. He noted that only a few inches of pipe were affected – the elevator, shoulder, interface between the tool joint and the pipe body. “If you test the pipe in that area, it will have very bad properties. We have seen third-party laboratories say it was bad pipe, but the fact is, if you test the pipe about a foot away from where the failure occurred, all the properties are good. It’s a very localized phenomenon.” 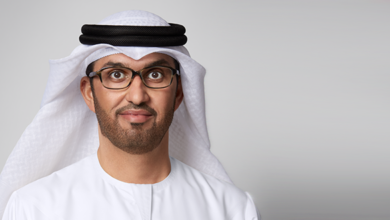 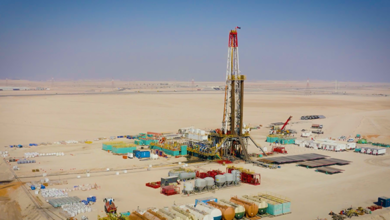