Oslo-based service company Spectrum has signed a contract with Croatia’s Ministry of the Economy for rights to acquire multi-client 2D seismic data offshore Croatia. Spectrum is now mobilizing to acquire approximately 12,000 km of long offset seismic data; the survey will cover the northern and southern parts of the Croatian Adriatic Sea, and the survey grid will connect with Spectrum’s reprocessed seismic data covering the Italian Adriatic. The results of the survey will also be used for scientific research in collaboration with local scientific institutions.

Acquisition is expected to be completed by Q4 this year, with processed products available by the end of Q1 2014. The government of Croatia plans to hold a licensing round for the country’s offshore continental shelf in 2014.

Ivan Vrdoljak, Croatia’s Minister of Economy, has stated, “The acquiring of 12,000 km of 2D seismic data in the Croatian Adriatic is our next step to encourage oil and gas exploration in Croatia. We have already approved a new hydrocarbon law and overall have attractive legislation in place to encourage investment… This new seismic survey is a precursor to an offshore license round that will be announced soon, with new data available to international oil companies by Q1 2014. The majority of the Croatian Adriatic is underexplored, and, if results from the northern part are any indication, we expect substantial hydrocarbon discoveries.”

“With the acquisition of seismic data, Croatia will have all the ingredients for a successful bid round in 2014, which should lead to significant exploration effort,” David Rowlands, Spectrum executive vice president, said.

Offshore Croatia is largely underexplored despite the presence of significant gas discoveries in the northern Adriatic. There are also proven oil discoveries in the southern Italian Adriatic, and large-scale but untested structures have been identified. 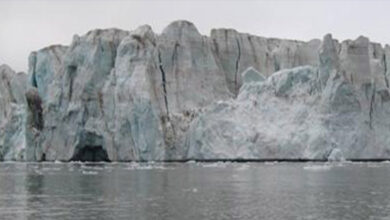