In 1986 – the year before Andy Hendricks graduated from Texas A&M University with a petroleum engineering degree – things weren’t going so well for the oil and gas industry; in fact, it was one of the industry’s worst downturns. The price of oil averaged a dismal $26.80/bbl that year, and the US rig count was 964. In that kind of environment, it’s not hard to imagine the number of young petroleum engineering students who saw what was happening and decided to switch their fields of study.

Not Mr Hendricks. He had already tried mechanical engineering and knew he didn’t like it. He was also determined to find a career that wasn’t going to keep him cooped up in a cubicle or an office day in and day out. “I wanted something that was going to let me go outside from time to time,” he recalled. Besides, he realized that the business was cyclical – it gets bad, but it always gets good again. “So I decided to stay in it.”

There were approximately 125 petroleum engineering majors in Mr Hendricks’ graduating class the following year, but only a third of them, including Mr Hendricks, actually went on to work in the oil and gas industry. His first job was with ODECO, working as a roustabout on a small jackup in the Gulf of Mexico. “Jobs were scarce, and you went where the jobs were. I was the only degreed engineer on the whole rig, but I enjoyed it,” he recalled.

His time with ODECO was brief – only a few months – but it laid the groundwork for his understanding of the drilling industry and for his subsequent career in the oilfield. “It was hard work and long days, but I learned a lot. I had a really good toolpusher who was willing to teach me.”

By 1988, Mr Hendricks had joined Schlumberger, attracted by the company’s cutting-edge technologies and professional workforce. He started out as a field engineer in what would later become the Drilling and Measurements division and, over the next 24 years, moved among a variety of field, office support and management roles that gave him broad experience in both onshore and offshore drilling.

A landmark project he worked on during this time was the Hibernia production platform offshore Eastern Canada, where Mr Hendricks spent four years helping to install and coordinate the significant amount of drilling services that the mega-project needed. He also spent time in Western Canada, where they had “some of the highest number of horizontal wells being drilled in the world at the time,” he said. “Especially given the onshore work we do now, it was an incredible learning experience to have been part of such a massive horizontal well drilling program.”

His tenure with Schlumberger encompassed broad experience in diverse geographic regions, as well, with assignments in places as varied as Louisiana, Venezuela, Canada and Paris. “I grew up in Texas and studied petroleum engineering at Texas A&M, but I didn’t envision that I was ever going to leave Texas.” In reality, he ended up working everywhere but Texas and didn’t end up back in his home state until years later. “It’s kind of ironic, isn’t it?”

By 2007, Mr Hendricks was serving as VP and Geomarket Manager for the Western US for Schlumberger. He was promoted to VP of Subsea in 2009, then to President of Schlumberger Drilling & Measurements by 2010.

Back to his roots in contract drilling

In 2012, he joined Patterson-UTI Energy, where he briefly served as Chief Operating Officer before assuming the roles of President and CEO later that year upon the retirement of former CEO Doug Wall. “For me, it was a very compelling opportunity to go back to my roots in contract drilling,” he said. “I was drawn by the company’s history and reputation as a leading drilling contractor, which included a strong pressure-pumping business. I also was attracted by the company’s efforts to transition to high-spec drilling rigs. I was interested to continue that effort and help the company move to leading-edge technology in drilling.”

Although the current downturn – the worst the industry has seen since the mid-1980s – has somewhat slowed his growth plans for Patterson-UTI, Mr Hendricks said his general philosophy around managing the company has not wavered. “Safety always has to be the No. 1 focus. It’s very important that we continue to have proper training programs to help our employees understand safe behaviors,” he said. “The industry has done a good job over the past few years teaching people about safe behaviors, and I think we’ve empowered line management to be more accountable for safety, but those are the areas we have to continue to push.”

Continuing development of people is also critical, he said. “The industry has done a good job at continuing to upgrade the quality of its personnel. Unfortunately, with a downturn you have to scale the business for the level of activity you have, but I think the quality of the people we have today – not just at our company but across the industry – is higher than it’s ever been.”

In fact, as North American onshore drillers gear up for what they hope will be a speedy recovery, people will once again become one of the industry’s biggest challenges. “I think the people challenge is still underestimated. We talk a lot about technology and about the good rigs that we have, but it’s really about the people who run the rigs. At Patterson-UTI, we spend a lot of time focusing on the type of people we want to bring in, how we onboard, how we train, how we check competencies, how we promote. Those are all important to us because, at the end of the day, it’s the people who make the rig.” In 2016, Patterson-UTI hired more than 600 people, of which more than 80% were returning employees.

Looking at the next 12-18 months, Mr Hendricks said he’s encouraged by the number of new startup E&P companies, primarily backed by private equity, that are being established. “They start off slow, but they’re starting to consider their drilling programs and, over time, they may transition into longer and stronger drilling programs. I take it as a positive sign for our industry.”

Some of these smaller startup companies have actually put back to work some of the more basic, lower-cost land rigs. However, as the market recovery progresses, Mr Hendricks said high-spec rigs will doubtlessly grow their market share again. In fact, he’s seeing active efforts by many onshore drilling contractors, Patterson-UTI included, to upgrade assets that don’t have the specs operators are looking for – 1,500 hp, 750,000-lb mast and sub load capacity, 7,500-psi circulating system and a walking system.

Such upgrades require capital investment, which may initially be challenging for the industry as a result of cash flow constraints during the transition toward a recovery.  “Whether you’re in contract drilling or services, everybody is going to be focused on managing cash to make sure they have working capital for growth as the recovery kicks in,” he said.

The current level of pricing for rigs and services remains too low to be sustainable. “If you look at our daily costs to operate a drilling rig, two-thirds go toward compensation for the people who work on the rig,” Mr Hendricks explained. Maintenance makes up a significant portion of the remaining one-third. “We’re definitely getting some reduced costs in terms of parts we buy for repairs, but those prices are not sustainable for our suppliers either. At some point, prices for rigs and services will have to come back to a more normalized and profitable level.”

As he kicks off his chairmanship with IADC this year, Mr Hendricks said he will be looking to support the association in various efforts to improve “safety, well control and other aspects of performance that allow us to share important but non-competitive information amongst the drilling contractors so that we can do a better job for the operators and keep our people safe.”

WellSharp is a great example of the type of step-change that IADC can bring about. “We were able to take a system of training and a measurement of competencies and make it better fit the roles at the rig site today,” he said. “It’s one of the biggest program changes IADC has had in years. As a drilling contractor, I’m very excited about it. It was a big effort from a number of people over a period of two years, and they were able to openly discuss what was working, what wasn’t, and how they could align the program to the realities of the field today.”

“If you’re not using WellSharp already, you really need to look at it,” Mr Hendricks urged.

He also emphasized his desire to help IADC encourage and support more collaboration between various companies and stakeholders within the industry. “Whether it’s through conferences or committees, IADC brings together contractors, equipment suppliers, service providers and E&P representatives, and you really do see a fostering of discussions that can be very exciting. We have to continue that kind of meaningful engagement.” DC 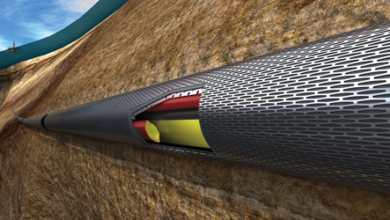 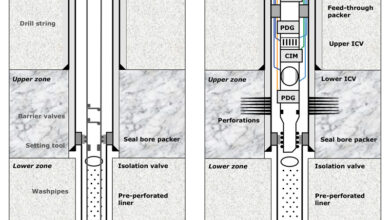 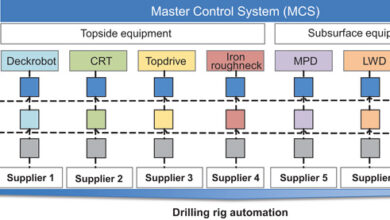