Scott Gordon, regional vice president of Unit Texas Drilling, was named 2010 IADC Contractor of the Year on 12 November at the IADC Annual General Meeting in San Antonio, Texas. The winner of the award is selected entirely by his drilling industry peers for contributions to safety, technical innovations and economic efficiency.

Mr Gordon has served in a variety of roles with IADC over the past 20-plus years, including as member and chairman of the IADC Contracts Committee. He was actively involved with an extensive review of the 1998 US Land Contract Form, which resulted in the Model Form 2003 still in use today. As current chairman of the Contracts Committee, Mr Gordon is now leading another revision of the IADC model form contracts for US land operations.

Additionally, Mr Gordon has worked on the Program Committee for the IADC Drilling Onshore America Conference since its inception, as well as with the organization of the biannual Contracts & Risk Management Conference.

Mr Gordon has also served as part of the IADC Board of Directors since 1998 and been on the IADC Executive Committee since 2007. Further, he is currently serving as chairman of the IADC Houston Chapter.

“Those of us that give our time to IADC, we do so not because of the recognition bestowed upon us, but we do this to support our industry,” Mr Gordon said. “It’s been an absolute privilege to work for a dynamic organization like IADC.”

“Through this involvement, I’ve had the greatest pleasure of working with some of the finest people who work not only in the drilling industry but also support the drilling industry. I’m honored to share this prestigious award with many members who are here today. Ray Petersen, Chester Benge, Cary Moomjian, Tom Richards, Moe Plaisance, and Ray and Ann Brazzel. There are others who are not here today, all of you have certainly been true leaders of our industry and mentors to my own career. I thank you for that.”

Mr Gordon also thanked his company for its support through the years. “Those of us who give our time to IADC could not do so without the dedicated support of our companies. Unit Corporation has been a wonderful place to work. … and I look forward to many more wonderful years to come.”

Finally, he thanked his “true champions” – his daughter Amber and her husband Ryan; his son Andrew and daughter Sydney; and most importantly, his wife Debi. “These successes that we’re recognized for would not be possible if it weren’t for the love and support of our family,” Mr Gordon said.

Mr Gordon got his start in the drilling business during the summer of 1976 as a roughneck for Unit Drilling Company in the Texas Panhandle. That experience changed his career plans from pre-medicine to engineering. Upon his 1979 graduation from Oklahoma State University with a bachelor of science degree in petroleum engineering technology, he accepted a permanent position in Unit’s corporate office in Tulsa, Okla.

Over the next decades, his positions have grown to encompass an array of responsibilities revolving around the administration of Unit’s growing fleet of rigs. He is currently regional vice president for Unit Texas Drilling, responsible for the company’s fleet across the Gulf Coast region.

In post-Macondo world, more must be done to get the truth out about our industry 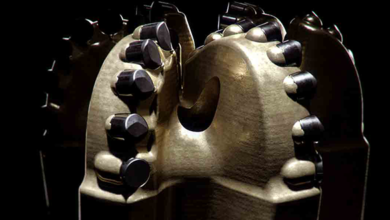 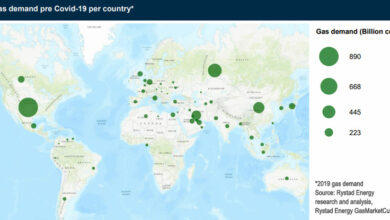