The MMS has issued three Notice to Lessees and Operators (NTL) providing guidance for the 2009 hurricane season. All took effect 1 June.

In the first, the MMS noted that it would use API RP 95J, Gulf of Mexico Jackup Operations for Hurricane Season, to guide its review and evaluation of information submitted to demonstrate the jackup’s capability to perform at the proposed location. It was strongly advised that the 95J recommendations be followed in the preparation of Applications for Permit to Drill (APDs) and Applications for Permit to Modify (APMs). An assessment checksheet can be found online at www.mms.gov/tarprojects/593.htm.

In the second, the MMS endorsed API Bulletin 2TD, Guidelines for Tie-downs on Offshore Production Facilities for Hurricane Season, First Edition. These guidelines should be followed in reviewing and evaluating information that demonstrate the ability of the tie-downs to perform during a hurricane, the agency said.

The third NTL provides guidance and requirements for global positioning systems for MODUs. MMS stated that MODUs should be outfitted with multiple GPS transponders that are operational by 1 July. The tracking system equipment should be protected from storm damage and be capable of transmitting data for at least seven days after a storm has passed.

Operators or their contractors also must ensure that the MMS has real-time access to MODU location data by 1 July.
MMS hopes that these recommendations and guidelines will help to improve performance during this hurricane season. For more information, visit the MMS website at www.mms.gov.

With the election of President Barack Obama, combined with US House of Representatives leadership, the oil and gas industry faces a hostile environment in Washington. House Energy and Commerce Committee chairman Henry Waxman, D-Calif., has produced a “Clean Energy” bill that, among other things, would reverse the 2005 Energy Security Act, which provided significant incentives for domestic onshore E&P. It proposes to eliminate many incentives that pre-dated the Act, including the expensing of intangible drilling costs, a major component of working capital for independent operators. The legislation would also penalize offshore E&P by raising royalty rates and imposing an excise tax on existing OCS production.

The US MMS has issued Notices to Lessees and Operators to help improve performance in this hurricane season, regarding jackup operations, tie-downs for offshore production facilities, and global positioning systems for MODUs.

Industry anticipated the assault by establishing a campaign called BRIEF, Bringing Real Information on Energy Forward. The goal is to have a rapid-response mechanism to rebut inaccurate information in the press and on Capitol Hill. As part of the campaign, a website has been launched at www.energy
indepth.org, supported by IADC and independent producer associations.

IADC filed a writ petition in 2006 against the Indian government in the Mumbai High Court for imposing a “service tax” on offshore drilling contractors by classifying their services as “survey and exploration of mineral oil” and “site formation and clearance.”

This unprecedented interpretation exposes offshore drilling contractors to significant new taxes, which the operators refuse to pay as a pass-through part of their contracts, even though they acknowledge the correctness of IADC’s position. That suit is still pending.

Subsequently, IADC filed a different writ petition in December 2008 challenging the Indian tax authorities’ definition of India, which IADC argues, for purposes of the service tax levy, extends only 12 nautical miles offshore. IADC has asked the Mumbai High Court to combine both cases as they are closely related. The High Court agreed and announced it will consider the merits in June 2009.

URGING US ACCESSION TO LAW OF THE SEA

At a Washington, DC, seminar, IADC urged the US to accede to the UN Convention on the Law of the Sea and emphasized the nation’s need to explore for hydrocarbons on the extended continental shelf (ECS). The Oil, Gas and Mineral Resources of the Extended Continental Shelf seminar was held on 20 April by the Environmental Law Institute. Other speakers on the panel represented the US government, academia and a major environmental organization.

Oil and gas companies are excited by the possibility of the US becoming a party to the Law of the Sea treaty because the ECS holds significant potential for exploration and extraction, said Brian Petty, IADC senior vice president – government affairs, who served as a panelist at the seminar. The $2.6 billion that was submitted for a MMS lease in the Chukchi Sea was a signal of producers’ high interest and the estimated potential in the Arctic region, he said.

However, oil companies will not invest the significant capital that’s necessary unless there is a legal regime in place to protect their investments.
At the same time, other Arctic countries are rapidly expanding hydrocarbon recovery activities. Norway, for example, is aggressively developing platforms and producing in far northern waters in an environmentally sound manner.

Mr Petty noted that all ocean industrial sectors are strongly in favor of accession to Law of the Sea and that the battle is strictly political. He pointed out that the Council on Foreign Relations will soon release a treatise that could provide momentum against opponents of the treaty.

Evolving marketing into a business partner

Global jackup market is still soft to terrible. Is there anywhere to go but up? 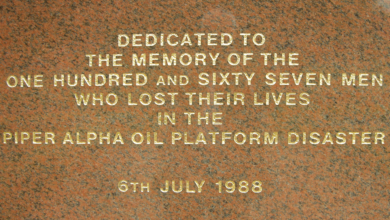 Drilling Ahead: When we don’t tell our story, other people will