Wyoming OSHA laid out its concerns and asked industry representatives what changes in current regulations were needed. Main issues that arose were:

1. Wyoming OSHA is proposing to require fire-resistant clothing (FRC) on drilling locations once the well is spudded. Vendors and non-rig personnel within 75 ft of the wellbore must wear FRCs unless they are in office locations.

2. Wyoming OSHA proposes to disallow the use of Geronimo-type derrick escape devices.

3. There will be a statement in the new rules that “all required training shall be documented.”

Wyoming OSHA issued a public notice in mid-October through various local newspapers and on their web page. The rule change will be submitted to the state OSHA commission, which will meet on 2 December.

Issuing E&P licenses is the prerogative of EU member states, and Europe should favor a site-specific, goal-setting approach to manage offshore safety, concluded a special report recently presented to the European Parliament pursuant to the Macondo incident. The report was drafted under the leadership of UK chair Vicky Ford and advised by OGP.

Ms Ford stressed that some 90% of oil and 60% of gas is produced offshore and that oil and gas are crucial to Europe’s energy security. Any approach to offshore safety also must involve neighboring countries because there is also much E&P in non-EU countries, she said.

The need for a true safety culture was emphasized, as was the value of a more qualified inspection network. However, it is not clear that the EU’s control would lead to real added value, Ms Ford said.

Further, substantial investments have already been made in capping and containment equipment. The European Maritime Safety Agency has no expertise in spill prevention and should not regulate offshore installations.

Although the report recognized that operators should be financially liable for spills, it also noted that the obligation could be met in different ways; regional mutual funds may be a model.

Ms Ford also concluded that an E&P moratorium in the Arctic is not appropriate as Arctic exploration began in the 1920s. Regulators should provide permits only when they are confident that the risks are being addressed.

EU Commissioner Antonio Tajani responded that any EU action will seek to avoid destabilizing the current regime and will be based on best practices.

IADC was among 14 organizations that wrote to US House members expressing strong support for the Commercial Vessel Discharges Reform Act of 2011, which will provide a uniform federal framework for the regulation of ballast water and other vessel discharges.

Legislation to establish a consistent, practical and science-based national program for the management of vessel discharges is urgently needed, the groups stated. “The current statutory system is a confusing, duplicative and inconsistent patchwork in which two federal agencies (the Coast Guard and EPA) and more than two dozen states regulate the same vessel discharges in overlapping and sometimes contradictory ways,” according to the letter.

The absence of a clear federal framework constrains the movement of essential maritime commerce, jeopardizes American jobs, multiplies regulatory burdens on businesses and workers, puts the environment at risk and forces taxpayers to pay for duplicative and contradictory government programs.

Editorial: Note to self (US) – Quit shooting at feet

Intelligent wells: It’s not all or nothing 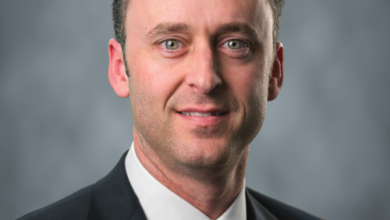 From the President: As drilling contractors’ association, IADC will focus on listening to, responding to members’ needs 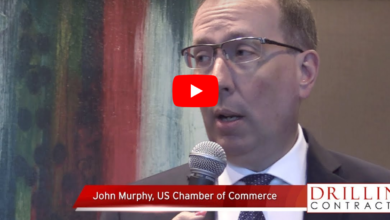