Next year is shaping up to be a good one in the US Gulf of Mexico, with the first increase in drilling in four years, first-ever production from a Jurassic play, key new project sanctions and an uptick in M&A all in the cards, according to global natural resources consultancy Wood Mackenzie (WoodMac).

“We expect 2019 to be a strong year for the Gulf of Mexico. In addition to exciting new project sanctions, which could usher in more than $10 billion of investment into the region, a couple of historic firsts set to occur next year could set the stage for years to come,” William Turner, Senior Research Analyst at Wood Mackenzie, said.

In its annual outlook, US Gulf of Mexico: 5 things to look for in 2019, WoodMac said that after four years of steady decline, exploration activity is expected to increase next year by 30%.  Shell and Chevron will lead the way, but the actual growth in exploration will come from new entrants – Kosmos Energy, Equinor, Total, Murphy, and Fieldwood.

Next year may also mark a crucial point for the offshore industry, with Chevron’s Anchor project in Green Canyon Block 807 expected to move forward. Anchor, which has an operating pressure of 20-ksi, would be the first ultra-high-pressure project in the world to reach final investment decision (FID). FID at Anchor would be the culmination of more than a decade of multiple joint-industry research and development projects to design kit that can safely produce at 20-ksi. The current limit is 15-ksi.

“Anchor will be an important one to watch,” said Mr Turner. “The sanction of Anchor will be a significant milestone for Chevron, Total and Venari, but also mark a crucial point for the offshore industry as it enters the final frontier in deepwater development.”

Success at Anchor will lead to the next wave of mega-investment in the Gulf of Mexico, as several 20-ksi projects are waiting to follow its lead. Wood Mackenzie believes that if Anchor moves forward, more than $10 billion of investment could flow into the region.

“Proof of concept at Anchor, and more certainty around facilities to serve as hosts, will surely increase interest in discovered fields,” Mr Turner said. “We expect it will also invite more exploration for ultra-high-pressure targets over the next couple of years. Even so, with higher technical risk and higher breakevens, market conditions would have to align for it to become a reality.”

Shell’s Appomattox development, in Mississippi Canyon Block 392, is due on stream in 2019 – marking the first production ever from a Jurassic reservoir in the Gulf of Mexico.  This will be a significant milestone for Shell, as Appomattox is a cornerstone of its global deepwater strategy. All eyes will be on the well performance of the potential heavy hitter.

“If the Jurassic roars to life in 2019, it could give operators greater confidence in the play’s potential,” Mr Turner said. “However, if Appomattox disappoints, the Jurassic could continue to lie dormant. The wider region would also be missing an expected strong production growth contributor.”

M&A activity in the Gulf of Mexico is also expected to pick up as a lengthy list of assets for sale continues to grow. A healthy number of positions were sold in 2018, but WoodMac expects more assets will be added to the for sale list. Private equity players are likely to want to sell as their assets get closer to maturation, while established players may continue to shed non-core positions.

“There appears to be plenty for sale in deepwater Gulf of Mexico,” Mr Turner said. “We believe the quality of the assets is high. If oil prices cooperate, we could see a thriving M&A market in 2019.”

While drilling activity and investment are returning to the region, a key factor to ensuring a strong year ahead and beyond will be holding on to the industry-wide efficiency gains made since 2014.

“In the last four years, deepwater operators have focused heavily on lean operations, standardization and industry collaboration to achieve fiscal discipline. Reverting to inefficient ways of doing things is a real threat that operators need to look out for in 2019,” said Mr Turner. “The challenge to operators and the service sector alike will be to hold onto lessons learned, mitigate efficiency risks where possible and properly plan for higher costs and longer schedules where unavoidable.” 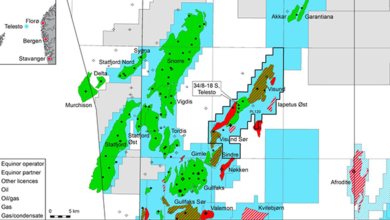 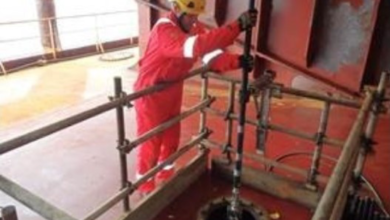