Industry’s ongoing efforts to bring automation to the drilling sector will progress over time as a “natural alignment” occurs among the various players, with unconventional developments serving as the impetus for change, a Shell executive contends. “While we see significant opportunities in utilizing automation to improve drilling efficiencies, there is a lack of natural alignment to move it forward,” said Jeff Wahleithner, vice president, global unconventional wells for Shell. “As the industry develops further, the business opportunities for automation will become more obvious, and it will happen, as it has in other industries. It’s a matter of time.”

Mr Wahleithner will be among five presenters in a panel discussion at the Business Solutions for Drilling Automation workshop on 18 June in Istanbul. The event, which is being held in advance of IADC World Drilling 2013, is sponsored by the IADC Advanced Rig Technology (ART) Committee and the SPE Drilling Systems Automation Technical Section (DSATS). Registration can be completed here.

“Shell is pursuing automation to improve safety and efficiency,” he said. “The industry is going through a step-change with the unconventional plays, as massive resources are now recognized as potential developments. These developments will require a high intensity of manpower and equipment. Automation is a critical tool to address these challenges and continuously improve the efficiency.”

The panel will be moderated by John de Wardt, president, DE WARDT AND COMPANY. Mr de Wardt agrees that unconventionals will be a driver of change, but he also says the drilling sector’s business model that is still based on dayrates is impeding the transition. “A new demand for highly efficient, repetitive drilling for unconventionals creates an environment where adoption of automation will bring benefits,” he said. “But the rate of adoption of automation in drilling is hampered by the current business models, not the technology application.”

“Right now, the industry is very fragmented so that when we go to drill a well, we have an array of different pieces of equipment and services,” Mr de Wardt continued. “In order to enable automation, there needs to be integrator for bringing data together and moving data between the multiple sensors and various pieces of equipment into a closed-loop system so it can operate autonomously. At the same time, the business model needs to change to drive the rewards for applying integration and automation.”

Mr de Wardt also contends the drilling industry remains far behind industrial automation, including autonomous mining systems with remote control, as demonstrated at a DSATS/ART symposium held in Amsterdam in March. “This application gap provides an opportunity to accelerate the adoption of automation, which is our reason for bringing outside speakers to the debate.” 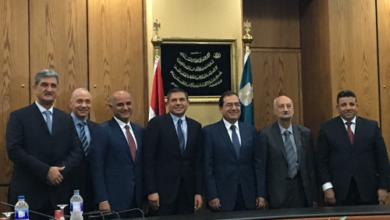 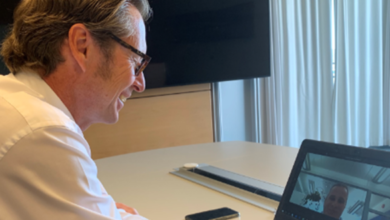