Producing oil and gas from shale reservoirs could actually help the world transition to cleaner energy sources, according to new research from the University of Houston (UH).

One of the keys to a successful energy transition will be enough lithium to make the lithium-ion batteries needed for electric vehicles, energy storage projects and other energy-efficient devices that will power the low carbon future of the world.

In a paper published in Energy Reports, Kyung Jae Lee, Assistant Professor of Petroleum Engineering at the UH Cullen College of Engineering, laid out the potential of petroleum-based rock brines as a new source of lithium. Through her research of Pennsylvania’s Marcellus Shale play, Dr Lee found that highly concentrated lithium was found in the produced water (water produced as a byproduct during the extraction of oil and natural gas) along with produced natural gas and oil.

“We found lithium in the petroleum-based rock brines, which opens new pathways to address the shale plays as a substantial source of lithium, given that they are ubiquitous in the US,” Dr Lee said.

She is working with a Pennsylvania-based lithium processing company that is purchasing the produced water from the oil and gas companies operating in Marcellus Shale and extracting lithium from it.

“The U.S. has only one active brine mine to produce lithium so there’s a push to get critical minerals like lithium from unconventional or existing sources, that’s what we’re trying to figure out, so it’s timely research,” she said.

While there might not be a shortage of lithium available in the world, there is currently a shortage of lithium available in the global marketplace and its price has fluctuated significantly in recent years.  At the beginning of this year, lithium from China, one of the major countries supplying lithium globally, was priced at $40,000/ton. Compare that to early 2020 when Chinese lithium was just $6,000/ ton at the start of the COVID-19 pandemic. Currently, lithium on the spot markets is trading at $70,000/ton.

The shortage can be attributed to a few factors, including supply chain bottlenecks caused by the pandemic and unstable international affairs, increased demand from businesses, along with governments hesitant to green light lithium mines because of the environmental costs. 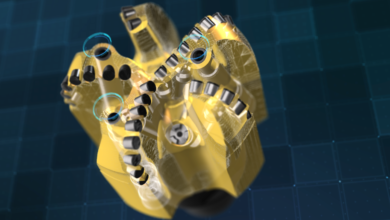