The capital lease contract has a 20-year term, after which Transocean will have the right and obligation to acquire the drillship for $1. Total capital costs to be incurred by Petrobras and Mitsui for the construction of the drillship are estimated to be $750 million, including $65 million of capitalized interest.

The 10-year drilling contract is expected to commence in Q3 2009. The drilling contract commencement is contingent on vendor performance and other factors. At least 12 months prior to the expiration of the initial 10-year term, Petrobras may elect to extend the term of the drilling contract by up to an additional 10 years at a mutually agreed operating dayrate, which would then apply to the extension period.

Contract revenues over the initial 10-year contract term are estimated to be $1.68 billion, including monthly bonuses that can be as high as 12% of dayrate revenue each month.

If the rig is operating in a jurisdiction where the company has a valid dual activity patent, an additional 5% royalty would be paid to Transocean.

Transocean CEO Robert L Long said, “This contract is an excellent opportunity to expand our relationship with Petrobras and its partner Mitsui. This unique structure allows us to acquire a newbuild drillship with construction cost protection, while also providing us with rates of return consistent with our other enhanced Enterprise-class newbuilds.”

The currently unnamed ultra-deepwater newbuild drillship is under construction at Samsung Heavy Industries in Geoje, South Korea. The rig will feature Transocean’s dual-activity drilling technology, allowing for parallel drilling operations designed to save time and money in deepwater well construction, compared with conventional rigs. The rig will also feature expanded completions capabilities. It will have a variable deck-load of over 20,000 metric tons and the capability of development and exploration drilling in greater than 10,000 ft of water depth, upgradable to 12,500 ft of water depth and 37,500 ft of total drilling depth with additional equipment. 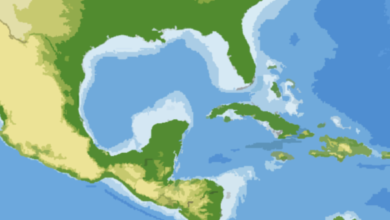 ExxonMobil begins production at Hadrian South in Gulf of Mexico 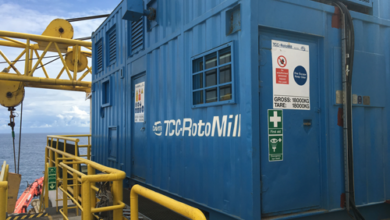