The drilling industry has successfully pushed out to 10,000-ft water depths, but in order to go beyond that – to 15,000 ft – the industry will have to think differently. “We can no longer continue following the typical trend that we have today of making things bigger, heavier, taller,” Jose Gutierrez, Transocean Director of Technology and Innovation, said at OTC 2015 in Houston. Further, the ability to safely and reliably operate at 15,000-ft water depths won’t be achieved by adopting just one more technology or one more component. In a presentation given on 6 May, Mr Gutierrez outlined a roadmap to this type of frontier drilling, noting that it requires the industry to think differently about reliability and redundancy and to focus more on human-centered designs.

Compared with drilling at 10,000 ft, drilling at 15,000 ft will pose even greater reliability challenges. Just think of how much longer it would take to pull a BOP stack for a component failure. “The economic models actually change completely when you go to frontier drilling, because the consequences of a failure, economically, are much higher,” he said.

The industry also needs to approach redundancy differently, he said. Currently, there is still widespread resistance to adding things like sensors to drilling equipment. Many believe that one more sensor added means one more point of failure, which may cause additional downtime. However, Mr Gutierrez argued that this is only true when the components of a system are individually less than 50% reliable on their own. “We need to add it in a smart way to justify the reliable design.”

On top of reliability and redundancy, the industry also must look to human-centered design in order to facilitate frontier drilling. On most modern deepwater rigs today, the driller sits in front of more than a dozen screens, each flashing copious amounts of information vying for the driller’s attention. “Drilling operations today remain very human-centered. The human is always in the loop. To go to more challenging environments, we need to put the human on the side of the loop.” That doesn’t mean eliminating humans from the loop, he clarified, but having human-assisted controls. This would mean that each crew member is provided with only the information they need, rather than distracting them with surplus information and data.

While there are existing standards and technologies for human-centered design, Mr Gutierrez urged the industry to devote more focus to using them. “It’s not a pure engineering discipline… It’s a psychology science, and it’s a human, cognitive science. It requires engineers to support it,” he said.

Mr Gutierrez said he believes frontier drilling is possible today, with the right methodologies and systems. “At the complexities of 15,000 ft … you can no longer think, I have a gadget that is 100% reliable and something else is not,” he said. “When we’re talking about reliability or safety integrity, the whole system is under measurement. It’s not one component.” 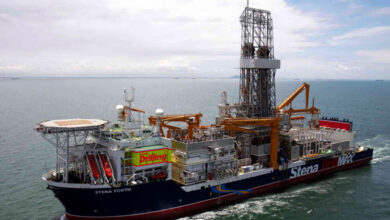 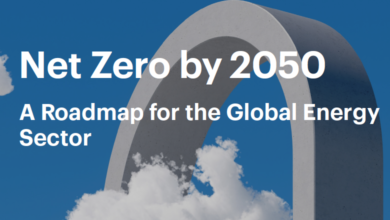 Petrobras study: No correlation between time to install BOP and water depth