Dr Thomas Burke, President and CEO of Rowan Companies, has been named 2017 IADC Contractor of Year in recognition of his leadership and service to the industry. He accepted the award at the 2017 IADC Annual General Meeting on 10 November in Austin, Texas.

“It’s been an absolute delight to be involved with IADC,” Dr Burke said in accepting the award. “What’s special about our industry is that it’s highly competitive – being competitive is important, it makes us all better and change with the times – but it’s also a collaborative industry.”

Dr Burke thanked the other members of the IADC Executive Committee, as well as IADC staff, noting that “it all seems to work like magic, but there’s a huge amount of work behind the scenes to run this global society.”

Dr Burke was appointed CEO and elected a director of Rowan Companies in April 2014. He served as Chief Operating Officer beginning in July 2011 and was appointed President in March 2013. He first joined the Company in December 2009, serving as CEO and President of LeTourneau Technologies until the sale of LeTourneau in June 2011. From 2006 to 2009, Dr Burke was a Division President at Complete Production Services, an oilfield services company, and from 2004 to 2006, served as its Vice President for Corporate Development.

In addition, he has been active in IADC for several years, serving as the association’s Chairman in 2016.

The Contractor of the Year award, now in its 30th year, is sponsored by National Oilwell Varco. 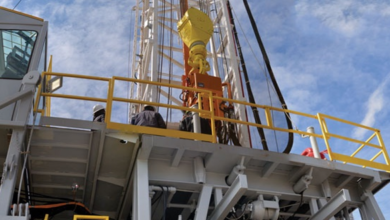 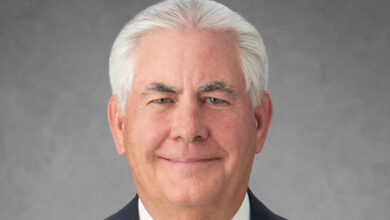