The offshore industry has reduced deepwater development costs by up to 50% over the past couple of years, much of it sustainable, but is that enough for deepwater to compete with shales for investors’ capital? In the near term, probably not, acknowledged Jeremy Thigpen, Transocean President and CEO, in a keynote presentation at IADC World Drilling 2017. But in the long term, there remains a critical need for deepwater resources. “The offshore market will – bold-faced and underlined – rebound at some point in time. I feel confident about that,” Mr Thigpen said on 29 June in Amsterdam.

Average breakevens for offshore projects have fallen from approximately $91/bbl in 2014 to the mid-$40s today, he said, adding that the majority of Gulf of Mexico projects are now economic at below $50/bbl. While a portion of these cost reductions have come from dayrate discounts, much of it actually stems from “real structural change that has taken place across the value chain,” Mr Thigpen emphasized.

Such sustainable changes will go a long way toward making deepwater projects more competitive in the long term, even if shales win in the near term due to their lower-risk profiles and faster cash-on-cash returns. “Ultimately, (oil companies) have to replace reserves, and the size of the prize in deepwater far exceeds what you can find on land,” he said. At some point, investors will take notice of this, and demand for offshore drilling will return.

To prepare for this eventual upturn, offshore drillers must not only survive the next couple of years but also continue to invest in their people and its equipment. This means companies must focus on maintaining liquidity. At Transocean, “we have taken some pretty herculean steps over the course of the last two years to improve the balance sheet and extend our liquidity runway,” Mr Thigpen said. This included raising approximately $3 billion in secured and unsecured bonds to push debt out to the 2022-2024 time frame, as well as removing approximately $1 billion in shipyard obligations. “By the time we get to the end of 2018, we’ve got about $5 billion in liquidity, so we’ve got a lot of firepower to invest in our people and to invest in our assets.”

In terms of asset strategy, Transocean has taken a data-driven approach, in which all 328 floaters in the world, including those under construction, were forced ranked. “We broke them down to 53 categories, and it’s over 17,000 data points that we have gone through and manipulated,” he explained. Key attributes were identified for the company’s two main focus markets – ultra-deepwater and harsh environment – and weightings were assigned to each rig depending on their technical capabilities.

“Then we took a position and said, in a more normalized environment, how many floaters would the industry really need, given the fact that these new vessels are much more efficient and drilling far more quickly?” For its rigs that fell below that determined number, the company then asked whether they could be marketable in regional niches and whether upgrades could improve their rankings. “If the answer is no, let’s not waste a single dollar stacking that rig. Let’s just scrap it,” Mr Thigpen said. Over the past couple of years, Transocean has announced the recycling of 31 rigs; five to 10 additional units could be retired in the near future.

Crew and equipment reliability have also been focal points for improvement at Transocean. For the latter, the company has zeroed in on subsea equipment, signing long-term performance-based service agreements with GE Oil & Gas and Cameron. “If it cost us X, we want to do a fraction of X,” Mr Thigpen said. “It’s actually true alignment now between the OEM and the drilling contractor to deliver what the customer wants, which is improved uptime.”

Such improvements, in addition to other data-driven initiatives to reduce flat time in the well construction process, are enabling Transocean to participate in innovative contracting models. Mr Thigpen cited as an example Transocean’s contract award by Statoil earlier this year for work on the Aasta Hansteen in Norway. “We were willing to accept a lower dayrate in exchange for performance bonuses, so if we beat AFE, we get bonuses on top of the dayrate. We put a little skin into the game.” Under this agreement, Transocean also assumes responsibility for services outside of the drilling contractor’s traditional scope, such as ROV services and casing running. “I don’t know if this is going to be the new norm in the industry, but I know there needs to be closer collaboration with every member in the value chain in order to continue to drive cost out of offshore.”

Companies should leverage data to make people, not machines, smarter 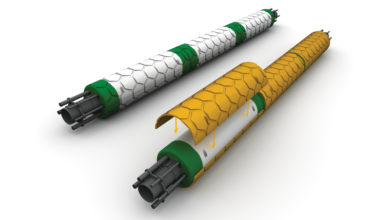 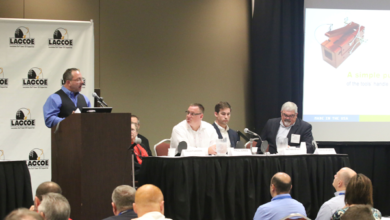