Statoil and its PL713 partners have announced a gas discovery in the Pingvin prospect in the Barents Sea. The discovery is a play opener in an unexplored frontier of the Barents Sea northwest of Johan Castberg.

The discovery well, 7319/12-1, drilled by the Transocean Spitsbergen semi, proved a 15-m gas column in the well path. Statoil estimates the volumes in Pingvin to be in the range of 30-120 million bbl of recoverable oil equivalent. The discovery is currently assessed as non-commercial.

“Pingvin is the first well drilled in PL713 – a large frontier area northwest of Johan Castberg awarded in the 22nd concession round,” Dan Tuppen, Vice President of Exploration, Barents Sea and Norwegian Sea, said. “For a discovery in this area to be commercially viable, it needs to be an oil accumulation of a significant size. A gas discovery does not have commercial value at present.

“On the positive side, it is encouraging that the first well drilled in this unexplored area has proven hydrocarbons in sandstones,” he continued. “This indicates that we have both a reservoir and a working hydrocarbon system in the area and creates a good basis for further subsurface work in the license. The partnership drilled Pingvin just 15 months after the acreage award. The chosen well location allowed us to clarify the hydrocarbon volume in the structure with one very efficiently executed exploration well.” 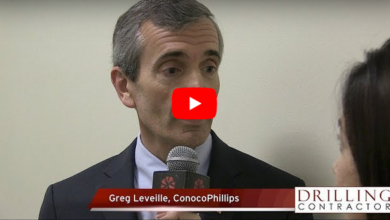