A recent project by Halliburton and E&P company FourPoint Energy illustrates how companies can maximize cluster efficiency by incorporating standardization into the installation of permanent fiber optic systems downhole. This could enable rapid changes to completions design in a short lateral and in a short period of time. John-Bosco Tran, Technical Sales Advisor at Halliburton, discussed this project at the virtually held SPE Hydraulic Fracturing Technology Conference on 4 May.

The project was conducted early last year in the Cleveland Formation of the western Anadarko Basin. The companies installed a permanent distributed temperature sensing/distributed acoustic sensing (DTS/DAS) fiber system to help evaluate cluster efficiency and potentially reveal any shortfalls of the current completion design for its wells in the formation.

Unlike traditional sensor systems, which measure data at pre-determined points, distributed fiber optic systems utilize the optical fiber in a radar-syle process, sending a series of pulses into the fiber and recording the return of the naturally occurring signal against time. This enables continuous, real-time measurements along the entire length of the fiber cable.

The installation took place over a two-week period from project approval to execution, much shorter than the typical 12-week timeframe for fiber optic well projects. This was made possible primarily because of standardization, Mr Tran said. In the past, every well on a pad would require specialized equipment to protect and hold the fiber in place during installation and well completion. However, Halliburton reengineered this equipment to fit in standard well configurations.

“Without the need to resize the hole for specialized equipment, the time we spent on installation was greatly reduced,” Mr Tran said. “And since we standardized these parts, we were able to pull from our warehouse inventory, which was critical to help ensure the installation started in a timely manner.”

However, despite this change, production from the 15-cluster design underperformed compared with expectations, according to Mr Tran. FourPoint initially believed this was a result of uneven treatment of the clusters. To verify this, a fiber system was installed on the outside of the production casing on a 5,000-ft lateral in the western part of the formation.

Cluster efficiency had previously been approximated throughout the design process using data from RA tracers, step-down tests, well-to-well comparisons, and post-frac distributed fiber optic surveys. By using data from the fiber optic system to help calculate the uniformity of flow distribution at each cluster, Halliburton and FourPoint was able to get a more accurate read of cluster efficiency, Mr Tran said. It also allowed the companies to figure out the changes they needed to make to improve completions design in the formation.

“Cluster efficiency was always something that we just inferred from the data. If we were able to measure the cluster efficiency directly, would we be able to still preserve the efficiencies and lower development costs while bringing the production up to par? We had established and baked the cake, now we wanted to eat it, too. This could be done if we had direct measurements,” he said.

There were some issues getting the casing to total depth during installation of the fiber, Mr Tran added, and approximately 960 ft of cable at the end of the fiber was lost, thus reducing the lateral length for experimental measurements. The distributed nature of the sensors on the fiber-optic cable meant that the remaining cable was fully functional. However, with an extremely limited lateral length available on the well, Halliburton and FourPoint could only test four separate completions designs. The initial design was the 15-cluster design FourPoint was already utilizing. This design had a 27.5-ft cluster spacing and a perforation density of 2 .

The companies utilized a series of “execution knobs” to maximize uniformity in this design. These mechanisms – flow rate, fluid rheology, diversion, acid and proppant schedule – were adjusted to varying degrees based on the distribution uniformity the research teams observed at a given time within a test. Mr Tran said that, if the teams could obtain the right combination of execution knob values to obtain the desired uniformity of the initial design, they would then extend the stage. If they could not improve the uniformity, they would then test a more conservative design with fewer clusters.

Due to the limited lateral length, only 10 stages with cluster efficiency data were captured for the tests. Testing showed that a flow rate drop of any kind was detrimental to uniformity in a given stage. Surprisingly, uniformity consistently increased as proppant was reintroduced to a formation following a clean sweep. “This phenomenon was the exact opposite of everything we’ve seen up to this point in any other basin,” he said. “As such, if there is a uniformity-enhancing aspect of the design with regards to sand sweep, it appears to at least be unique to this basin. However, there could be potential to get creative with how a completions job is being designed to take advantage of this phenomenon on a grander scale.”

Although the testing led to the utilization of a more conservative completion design, Mr Tran said the findings on flow rate and proppant were promising. The companies have not given up on making the 15-cluster design work and are conducting additional testing. Further, the companies are seeking more data to determine if the relationship between uniformity and proppant observed in the first experiment was something that could be extrapolated to other basins, or if it was a unique result.

“It doesn’t take very many stages at all for us to arrive at meaningful change, and we’re seeing that there might be aspects of the completion that can, in fact, improve uniformity. But these results need to be repeated,” he said. 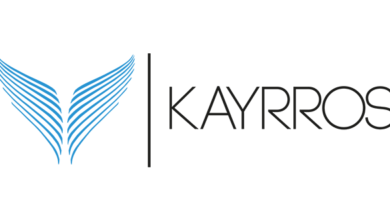 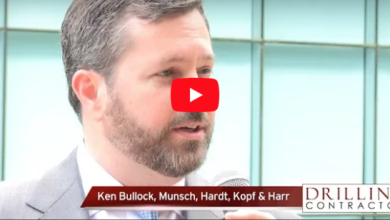