“I think there’s going to be a lot of testing and a new wave of development of rotating control heads,” David Elliott of Shell said during a presentation at the 2011 SPE/IADC Drilling Conference in Amsterdam on 3 March. Mr Elliott gave an operator’s perspective on issues currently being raised about rotating control devices (RCDs), including questions on whether an RCD is a well control barrier, whether testing practices of RCDs are sufficient and if testing of RCDs should be of high importance.

According to Mr Elliott, some people – often manufacturers – say that RCDs are not a barrier when they really mean that one should not use the RCD as a BOP. For companies that maintain a two-barrier policy, like Shell, the RCD is part of the primary barrier. “We’re holding mud plus applied backpressure as the primary barrier,” he said. “The BOP is the secondary barrier.”

It is Shell’s position that RCDs have to be tested, according to Mr Elliott. “We don’t want BOPs that are not tested, and we’re not going to go with RCDs that aren’t tested anymore. Our position is that we will only work with companies that have tested enough to know what the test results are relevant to our application. But we’re not demanding that it be certified to API 16 RCD standards. We are saying that we want to see sufficient testing to standards so that we feel comfortable that it’s fit for purpose.”

Remarking on whether testing of RCDs is an important issue for Shell, Mr Elliott noted that roughly 75% of Shell’s wells outside of Oman apply underbalanced drilling (UBD) and managed pressure drilling (MPD) technologies. About a third of the wells are high-pressure operations. “Integrity of the RCD is a big issue,” he said. “We drill underbalanced whenever we can, and when we can’t, we use managed pressure drilling, and we operate from 400 to 1,100 psi.”

According to Mr Elliott, the pressure ratings on the control heads are lower than 1,100 psi. “The industry has actually been operating above the ratings on a lot of our heads, and that in itself should wave some red flags.”

Regarding temperature ratings, Mr Elliott pointed out that the industry is starting to push operations into temperatures that have not been experienced before, up to 220°C. “It’s within the rating of RCD elements, but is that rating the right one?” he asked. “UBD and MPD element failures have different risks. Both UBD and MPD have the potential for multiple fatalities from RCD element failures. Absolutely we should not be thinking that MPD doesn’t come with its own set of risks.”

Regarding testing of RCDs, Mr Elliott noted that Shell has had to push hard to get companies to do testing. Following the Macondo incident, however, companies seem to have enhanced their focus on process control safety and liability. “I’m happy to say that I don’t know of any manufacturer of RCDs that does not have a plan to set up new testing. However, all tests are done with pressure monitoring, so right off the bat this is not a fit-for-purpose test for a lot of operations.” If the situation involves oil-based mud, it may not be a fit-for-purpose test. The only temperature test is a static test.

Each element of the RCD is going to have its own pressure and temperature rating, according to Mr Elliott. “So we as an industry are going to have to be a lot more aware of our requirements. You’re going to need to look up those test results to really know what the applicability is to your standard.”

“At the end of the day as an operator, I want to see the test standard applied to the letter. But I also have to back up and say, ‘Does this really prove that I’m safe?’“ Mr Elliott said. “As an operator, I have to prove that my equipment has been tested for that application.” 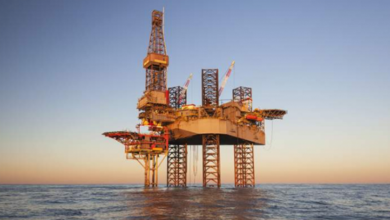