The Brazilian regulator, Agência Nacional do Petróleo (ANP), estimates Libra’s recoverable resources of between 8 to 12 billion bbls of oil. “The Libra oil discovery in Brazil is one of the largest deepwater oil accumulations in the world. We look forward to applying Shell’s global deepwater experience and technology, to support the profitable development of this exciting opportunity,” Peter Voser, CEO of Shell, said.

Shell holds 20% in the consortium, with Petrobras 40% as operator, Total 20%, CNPC 10% and CNOOC 10%. The consortium will work together in an integrated fashion to support Petrobras, the most experienced operator in the Brazilian pre-salt, and will incorporate each company’s deepwater skills, people and technology for the success of the venture.

The PSC is expected to be signed in November 2013. As part of the winning bid, Shell will pay its 20% share of the total signing bonus of US $1.4 billion (3.0 billion reais) and fulfill the minimum work program no later than end 2017.

The ultra-deepwater Libra accumulation is located in Santos Basin, approximately 170 kilometers (105 miles) off the coast of Rio de Janeiro. The block covers approximately 1,550 sq km in water depths of around 2,000 meters (6,500 ft). The reservoir depth is around 3,500 meters below the sea floor (11,500 ft). The ANP estimates that total gross peak oil production could reach 1.4 million bbl/day. Further appraisal is required to firm up this estimate, the development concept and a first oil date.

Shell has some 330,000 boe/day of production, worldwide, from deepwater in 2012. Shell was the first IOC to produce on a commercial scale in Brazil and has more than 100 years of history within the country, with circa 65,000 boe/day of operated production in 2012. Shell is currently operating two FPSO vessels in Brazil’s offshore – the Espírito Santo at Parque das Conchas and the Fluminense at the Bijupirá/Salema fields – and has recently announced projects to expand production at both fields.

Shell also operates and owns an 80% interest in the BM-S-54 block, where the Gato do Mato discovery is being appraised. 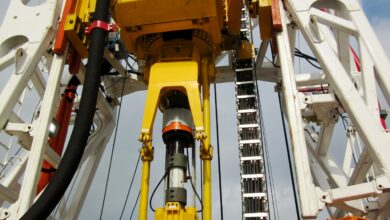 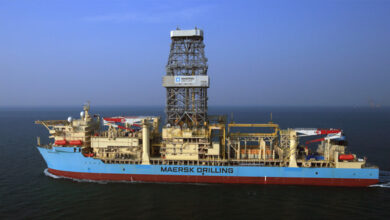