Headlines proclaiming that oil and gas drilling are directly linked to earthquakes in North Texas have been dominating energy news in recent weeks:

None of these headlines are accurate.

On 15 August, the US Environmental Protection Agency (EPA) published an end-of-year evaluation of the Texas Underground Injection Control program administered by the Texas Railroad Commission. One sentence in the 61-page document forms the basis of the inaccurate headlines above:

“In light of findings from several researchers, its own analysis of some cases, and the fact that earthquakes in some areas diminished following shut in or reduced injection volume in targeted wells, EPA believes there is a significant possibility that North Texas earthquake activity is associated with disposal wells.”

It is true that in a small number of cases with the right set of conditions — disposal wells located in close proximity to critically stressed faults that are properly oriented — disposal wells can cause earthquakes.

However, despite the clear language in the EPA report that disposal wells, and not other oil and gas activities, may be correlated to seismicity, the public has been misled to believe that hydraulic fracturing and/or drilling cause earthquakes. The media needs to be more accurate when they report highly technical news.

To be clear, oil and gas drilling does not cause earthquakes. Drilling is as simple as it sounds — the act of drilling a hole into ground to reach the oil below. It is a widely known fact in the scientific community, including EPA and US Geological Survey, that drilling and fracking does not typically produce the amount of pressure necessary to cause a felt seismic event.

At this point in time, we cannot definitively say that there is or is not a direct causal relationship between disposal wells and earthquakes in Texas. It is absolutely possible — and that is why we at the Railroad Commission are studying it and have taken concrete steps to strengthen our disposal well rules.

In fact, in their report the EPA recognized the Railroad Commission’s diligence in ensuring that the environment and the public are protected during disposal operations in Texas, stating:

In regard to the seismic activity in the Dallas/Fort Worth area in 2015, the EPA recommended “the close monitoring of injection activity through daily recording and reporting of accurate injection pressures and volumes from area disposal wells…” The Railroad Commission already does this and will continue to do so. This report ultimately validates what we are doing at the Railroad Commission to ensure public and environmental safety.

As an engineer with 20 years’ experience in oil and gas and a Railroad Commissioner, it’s my job to make sure that the 27 million people of our state are accurately informed about the energy industry and feel confident in how oil and gas is being produced. Fear tactics and attention-grabbing headlines don’t serve anyone, and it’s important Texans know that the very same industry putting thousands of people to work, millions of dollars into our schools and roads, and money into our economy, is the same one working to keep them and the environment, safe.

Garvin: Systems, processes must be in place to keep workers safe as rigs go back to work 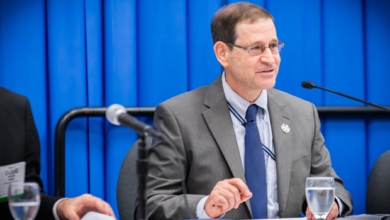 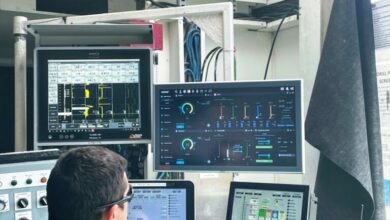