Analysis shows failure in riser above BOP would be best-case scenario, integrity necessary in whole string instead of in components

A rig is drilling in heavy seas and the station-keeping system fails. The rig starts to drift. The riser emergency disconnect sequence is initiated, but due to a malfunction, it does not disconnect and the rig starts to stretch and pull on the riser, blowout preventer (BOP) and conductor system. It is a worst-case scenario, but what happens next? Can well control be maintained?

In the event of insufficient mud weight, or mud loss from the system, the BOP control valves can be activated to shut the reservoir if there is a drilling kick. The integrity of the riser and conductor system is therefore very important from the standpoint of maintaining well control. This article discusses drilling riser integrity and the implications on well control in the event of extreme drift-off or drive-off and failure of the emergency disconnect system (EDS).

If the vessel dynamic positioning (DP) system does fail, the vessel may drift off station as a result of current, wind and wave loading, or a vessel drive-off could occur irrespective of environmental conditions. In such instances, the vessel operators primarily rely on vessel watch circles that define when to initiate emergency disconnect of the riser from the lower marine riser package (LMRP) and prevent undue loading on the wellhead.

Well integrity concerns can arise from failure of the riser to disconnect. This can occur due to malfunctioning of the control mechanism or high wellhead connector angles making it difficult to disengage.

When the drilling riser system experiences abnormal loading, such as large vessel offsets, the components could be expected to exceed their design and survival capacities. It is of interest to the field and vessel operator to know the weak points in the drilling riser and conductor system as this can identify the risk of well-control issues.

From a well-control perspective, it is preferable to have the drilling riser system weak point above the BOP. If riser failure occurs above the BOP, well control can still be maintained by remotely operating the BOP rams by an ROV or from a pre-programmed deadman trigger. Failure of the conductor system below the BOP is not a favorable scenario. Depending on the location and nature of failure, such an event could make the BOP function futile and hamper well control.

Analytical evaluation of riser system failure scenarios are assessed in a case study performed for the Gulf of Mexico. A failure analysis is conducted by simulation of a vessel drift-off using a non-linear riser model. This analysis considers that all components are manufactured fit-for-purpose, free from weld defects and comply with the intended design.

The study conducted is different from a typical weak-point assessment as it is based on component survival capacities and analytical simulation to failure, whereas typical analyses consider design capacities that include some degree of safety factor.

The components assessed for failure include the riser pipe, connectors, telescopic joint, tensioner cylinder and rods, upper and lower flex joints, BOP and LMRP connectors, wellhead connector, conductor and casings. The survival capacity to the rated capacity ratios for the critical components are given in Table 1.

The riser failure analysis described here was conducted for a 21-in. drilling riser in 5,000-ft water depth in the Gulf of Mexico (GOM). The purpose of this study was to simulate a scenario where the drilling riser fails to disconnect in an extreme offset condition. The objective was to evaluate which riser component fails first due to the extreme loading. The weak-point analysis case study is based on the survival capacities of the components, wherein loading from increasing vessel offset is simulated until failure is observed in at least one component.

The study was carried out using the non-linear time domain analysis program ANSYS Version 12.1 for modeling the drilling riser response. Non-linear material properties and hydrodynamic response of the riser was captured using the PIPE 288 element meant for offshore structures. The tensioner system was modeled using six non-linear axial springs and zero-stiffness hinges at the connectors.

The first part of this case study was to determine the expected modes of failure for each load-carrying component along the length of the riser. Each component was reviewed to determine mode of failure and structural capacity in each mode. The actual reserve capacities of the components beyond the normal operating limits were determined based on drawings, specifications, test data available for the components and discussions held with equipment vendors.

For components where part drawings were available, hand calculations were conducted to extrapolate reserve capacity from rated capacity based on connector geometry.

Non-linear analysis was conducted for a range of vessel offsets to determine the tension and bending loads at all critical locations. The loads were compared with individual component capacities to assess each component. The analysis shows that the riser tensioner reaches the down-stroke limit when the vessel offset reaches around 10% of water depth. All riser component loads/deformations are within design limits up to this point.

Once the tensioner cylinder locks out, the riser tension increases significantly. The lower flexible joint angle increases with vessel offset and then decreases as more bending is transferred into the conductor. This behavior is governed by soil stiffness. The capacity utilization of all the riser components as the vessel drifts off station is shown in Figure 2.

The riser pipe is the first component to exceed its survival load capacity. This occurs at around 14% vessel offset. It can be seen in Figurve 3 that the strain in the pipe wall of the pup joint increases exponentially after yielding, and further increases in tension will result in tensile failure in the riser pipe, with the weak point being directly below the thickened pup joints near the surface.

Based on the analysis results, system components that are most likely to exceed design criteria are the lower flex-joint in tension capacity, tensioner system stroke and riser strain. Discussions with the flexible joint vendor found that the flexible joint had additional reserve strength over the rated load capacity; hence, the riser pipe was found to be the weak point in the riser system. The failure mode of the pipe is yielding from tensile loading. The weak point is located in the riser standard joint at the transition to the pup joints.

The case study described above was conducted for a specific 21-in. low-pressure drilling riser connected to dynamically positioned MODU in 5,000-ft water depth. It should be noted that any variation from this set of conditions may result in a different response from the weak point assessment. Example differences that could affect the outcome include equipment design and capacities, tensioner stroke settings, conductor size and water depth.

The riser weak point is a function of the equipment capacities; therefore, an inclusive approach to equipment selection is required. In our case study, the tensile strength of the riser transition joint and the lower flexible joint (LFJ) tension capacity were ranked as the first two potential weak points. A slightly underrated LFJ would have designated the LFJ as the weak point located at the base of the riser stackup.

The tensioner stroke limit is a critical parameter driving the weak point. The higher the tensioner stroke, higher vessel offsets are required for tensioner lock-out and hence more time for the DP system to recover and become operational. Thus, the riser tensile failure can be deferred by using a higher stroke range on the tensioner cylinders.

Many MODUs use the same drilling riser for different water depths. However, there is a marked difference in response between a 21-in. drilling riser operating in shallow waters and deepwater or ultra-deepwater. For deepwater application, the riser is heavier and under high tension. The riser angles are also small for any given offset. Thus, the conductor bending loads are small, and riser failure will be governed by the tensile loading.

For shallow water depths, the tension is lower, but the LFJ angles and conductor bending loads are higher. Hence, shallower water or the use of smaller-diameter or lower-strength conductor systems could also result in increased risk of failure below the BOP.

All of this highlights the need to conduct riser failure simulations on a case-by-case basis.

At the start of this article, we asked what would happen to the drilling riser system in the event of uncontrolled vessel drift-off and failure of the emergency disconnect system, and whether well control  would be maintained. These questions have been addressed based on a riser failure study and several other variations to the base case study.

The case study shows that, under uncontrolled drift-off, the tensioners first stroke out and lock, then the riser tension increases significantly as the riser is stretched until uncontrolled tensile failure occurs near the top of the riser string. Failure in the riser above the BOP is the best-case scenario for maintaining well control.

This part of the work also shows that a large number of riser joint connections and welds can become critical, demonstrating the need for high integrity of the whole string, not just a few components.

The weak point analysis is a good tool for operators to understand the weakest link in the riser system. The study, when conducted on a detailed level, can help to quantify extreme response in risers and understand risks to well integrity.

One main hurdle for conducting this study is the lack of ultimate capacity data for the riser components. Although the operating capacities for all the components are well documented by the manufacturers, there is insufficient transparency on the ultimate capacities.

Every designer has a different design philosophy, and the components may have inherent factors of safety built into rated loads. Hence, working closely with component vendors and access to detailed component drawings and test data can lead to significantly improved results from this study.

The findings from this study are important from an operational and risk management perspective. In the wake of stricter regulations and greater than ever importance on safety, the riser failure assessment can provide added confidence to operators and drillers on their ability to maintain well control.

This article is based on a presentation at the 2012 IADC International Deepwater Drilling Conference & Exhibition, 17-18 April, Rio de Janeiro, Brazil. 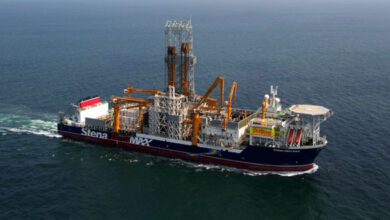 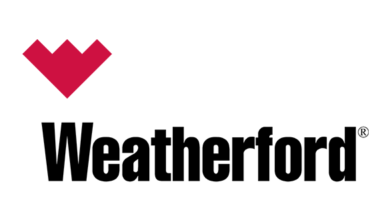