With the low-hanging fruit virtually gone and demand for hydrocarbons ever increasing, operators worldwide are looking for innovative and reliable methods to boost production and overcome obstacles in complex and problematic reservoirs.

The Minagish Field, discovered in 1959, is located in the southwestern part of Kuwait. It contains several reservoir intervals in its stratigraphic column, varying from early Jurassic to late Cretaceous. Burgan is one of the shallow reservoirs having vertically stacked channel sands, fault network connected to the aquifer and hydrocarbon viscosity ranging from 40-60 cp at downhole conditions. This has resulted in premature water breakthrough, leaving behind zones of bypassed oil. Placement completion of horizontal wells in such reservoirs is a big challenge, necessitating a collaborative approach from petroleum reservoir and geosciences.

Several years ago, Kuwait Oil Company (KOC) began producing from vertical wells in the reservoir but observed a significant incidence of water breakthrough, especially in the Lower Burgan reservoir, which is in direct contact with the aquifer. The company switched to a horizontal drilling plan and eventually drilled six horizontal wells. However, an early water breakthrough was encountered, leaving behind zones of bypassed oil.

The Burgan reservoir possesses several drilling and geosteering challenges for horizontal and multilateral wells, specifically to place the well in target zones:

• The reservoir lies on the crestal part of the Minagish Field, which limits the surface locations for drilling wells and effectively depleting the reservoir;

• The upper part of the reservoir consists of complex laminated thin channel sand and shale associated with fault networks extended in all directions;

• The faults have a degree of displacement beyond seismic resolution;

• The remarkable dip changes as “meandering” up and down with lateral facies variations along the horizontal drain hole sections. Also, the significant premature water breakthrough in nearby horizontal and vertical producers created “uneven” oil-water contact.

To effectively address the drilling and geosteering challenges, a collaborative approach was used that incorporated measurement-while-drilling (MWD) and logging-while-drilling (LWD) methods, along with geochemical XRF technology, petrophysical and seismic analysis. The result was a successful real-time geosteering operation to drill the first two “smart” multilateral wells in Kuwait.

The drilling operation achieved both maximum reservoir contact (MRC) and optimal drainage area while minimizing the complex faulting network and following the channel sand regime. This has assisted in an internal control device well completion design optimization by isolating the trouble zones and segmenting horizontal sections based on lithology. Two wells, each with two laterals, were drilled and completed successfully.

The drilling and completion operations took approximately three months. The long-term enhanced well performance has been monitored and tested. The wells are producing with excellent production rates, the severe premature water breakthrough was effectively addressed.

The Burgan formation features lower and upper sections separated by a layer of shale. The Lower Burgan consists of a braided river system and has considerable stacked blocks of clean, high-permeability sands ranging from fine to medium grain sizes associated with the underlying active aquifer (bottom drive mechanism), and no lateral or vertical facies variation compared with the Upper Burgan because of the channel type shape of the braided river system.

The Upper Burgan, however, is quite geologically challenging in that it features extensive variation in the facies, or rock structure, which makes it considerably more

difficult than the lower section from a planning standpoint. In addition, the Upper Burgan sands are in the form of channels that range in thickness from a few feet to nearly 45 ft and vary in quality. That, combined with changes in the dip and the complex fault network, makes drilling and completing multilateral wells with MRC particularly difficult.

To tap the Burgan Reservoir with a horizontal/multilateral well design, KOC recognized the importance of gaining a detailed understanding of the geology and geometry of the formation. The process began with a pre-job planning phase that involved the design of a 3D-geosteering model based on offset well logs using gamma ray, resistivity measurements, geological and geophysical information.

The geosteering model provided a mechanism for establishing data validation and identifying targets and geological uncertainties. The methodology selected was not based on conventional LWD tools but instead used azimuthal deep resistivity measurements, with fracture and fault identification serving as the secondary method, to stay in the clean sands that contain the abundance of oil and avoid the poor-quality sands and shale sections.

The pre-job planning phase also included the design of a geochemical model based on geochemical XRF analysis of core samples from offset wells, which allowed the team to characterize and predict significant rock characteristics and variations in the sand facies that could not be determined by traditional LWD logs. The analysis, combined with petrophysical evaluation, well surveillance and seismic data, was used to optimize the location of the wells.

The continuous integration of XRF, along with petrophysical and seismic analysis, proved essential to the successful navigation of the two wells, with each lateral measuring 2,000 feet in length. This was particularly the case in the Upper Burgan, where the driller needed to avoid crossing the faults as much as possible. The azimuthal deep resistivity measurements based on a multi-frequency, multi-spacing tilted antenna concept gave the team both the understanding and confidence of where they were drilling, both up and down and to the right or left of the formation boundary.

The sand was not meandering, but the changing dip posed challenges, and surrounding faults needed to be avoided. The deep resistivity measurements provided excellent azimuthal sensitivities, real-time guidance that kept the trajectory in the sweet zone. Without these measurements, it would have been extremely difficult to drill, geosteer and complete the Burgan mutlilateral wells as planned.

An integrated, multidisciplinary team approach was followed for planning of smart multilateral wells in the Burgan reservoir. The challenges were clearly defined and, accordingly, the possible solutions were investigated to mitigate the challenges. With this methodology, the operator is now able to produce more oil than would have been possible.

The integration of a number of techniques played a major role in drilling and ultimately completing two multilateral wells in a challenging reservoir. The foundation of pre-job planning, combined with the high-resolution seismic, geochemical and petrophysical analyses, resulted in the successful and continuous real-time geosteering operation that allowed KOC to bring these wells online and will enhance production in the reservoir. 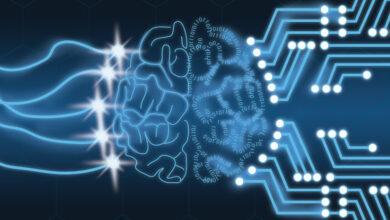 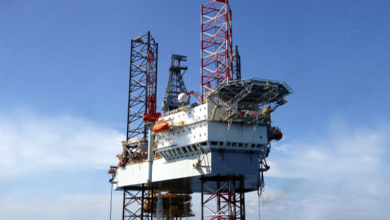