The number of E&P wells drilled in Vietnam has fallen drastically since 2014. Particularly in 2016 and 2017, almost 60% of E&P activities in Vietnam were trimmed off. Not surprisingly, this reduction in activity also drastically curtailed the amount of work available to PetroVietnam Drilling & Well Service Corp (PV Drilling), which has a fleet of four jackups, one semisubmersible tender-assist and one land rig.

While the land rig, PV DRILLING 11, has worked in Algeria since it was delivered as a newbuild in 2007, PV Drilling had never seen a need to venture outside of Vietnamese waters for its offshore rigs. Things changed, however, during this downturn, and the contractor sent out its first rig, the PV DRILLING I jackup, to Myanmar in late 2016 to drill for Total E&P. Fast-forward to 2018, and the company now has only one rig operating in its home country.

Since October 2017, PV DRILLING I has been operating in Thailand, with work expected to be complete by March 2018. Meanwhile, PV DRILLING III and PV DRILLING VI are both working in Malaysia. “It is the first time that we have had three jackups operating in overseas markets at the same time,” CEO Pham Tien Dung said, noting that all rigs operated at 98%-plus efficiency in 2017.

PV DRILLING III is expected to stay busy in Malaysia through this year. After finishing its current contract, it will undergo underwater inspection in lieu of dry docking (UWILD). Its next contract will still be in Malaysia, for one firm year plus an option. The PV DRILLING VI will also undergo UWILD in Malaysia once it wraps up its current work in February, then move to a contract with a new client in Vietnam to drill an HPHT well. Mr Dung said he’s optimistic the rig will be awarded additional work after that: “Probably all of our jackups will keep working and stay busy during 2018.”

PV DRILLING I is expected to complete its contract in Thailand by March 2018, then mobilize back to Vietnam to undergo UWILD. Prospects for work after that include several projects with domestic clients, Mr Dung said. The only PV Drilling rig that was working in Vietnam as of early February was PV DRILLING II, which has been working for Vietsopetro since June 2017; this work is expected to last through 2018.

“The number of wells being drilled in the region is picking up,” Mr Dung said. “Not a big change, but it’s changing.” In Vietnam, for example, the lack of drilling over the past couple of years has led to significant declines in production, estimated at 10% to 15% per year. “They’re just producing without drilling more. It’s like spending money without making more money – the pocket becomes smaller and smaller.”

Mr Dung said he expects 12 to 15 wells will be drilled in Vietnam this year, not including any wells drilled by Vietsopetro itself. However, it is possible that the government will push for more drilling in the second half of the year, triggered by production declines.

Prospects for the PV DRILLING V tender-assist rig are not as rosy as it is for the jackups. In late 2016, the rig completed a five-year contract for Bien Dong Petroleum Operating Company (Bien Dong POC). “It was a very high-risk but very successful project,” Mr Dung said, noting that the program called for HPHT gas wells. “Sometimes we had to deal with kicks and losses at the same time.”

One strategy for cost savings that was employed on this project was for PV Drilling to provide integrated services at the rig site, including casing running, mud logging and even directional drilling. Mr Dung said he believes such models could be the future for drilling contractors, who continue to deal with dayrates so low they barely cover operating costs. “Thanks to the deployment of this model, we saved a significant amount of cost in the last project for our client,” he said.

An integrated service model may not apply in all cases, but Mr Dung said he believes it can bring value to both the operator and drilling contractor, especially on infill drilling and development drilling projects. Additional risks that the drilling contractor takes on in this scenario would be offset by additional rewards, he said. “Of course, we need support and cooperation from the clients. They need to work along with us to figure out the commercial formula, but after that we both share in the risk and the profit.”

To reduce costs internally at PV Drilling, the company has also turned to initiatives such as optimizing the utilization of inventory and spare parts. “We try to standardize our equipment and spares throughout the fleet so they are interchangeable,” Mr Dung said. “Also, we don’t over-spec anymore. We only use those fit for each specific purpose.” A restructuring of the company is also under consideration, he said.

The biggest challenge that drilling contractors face now, however, is providing safe and efficient service while working for rates that are either at or below their breakevens, Mr Dung said. “It’s very difficult to cut costs so deeply and keep up a good quality of service at the same time. But there is no choice. PV Drilling is a very young name, and we have to provide state-of-the-art performance to maintain a good reputation.”

So far, PV Drilling has managed to maintain a strong safety record. By March this year, PV DRILLING I will have achieved 11 years without a lost-time incident (LTI), while PV DRILLING II and PV DRILLING III will be nine years without an LTI. PV DRILLING VI, launched in 2015, has been LTI-free for almost three years – since the day it came out of the shipyard, Mr Dung said.

“For now, we are managing to deliver performance with quality and perfect safety to our clients,” he added. “But in the long run, PV Drilling, as well as other drilling contractors, might need a dayrate above $80,000 to be able to sustain the business.”

Unfortunately, dayrates are unlikely to move upwards meaningfully in a market that is still so saturated with supply. “About 10 years ago, major shipyards in Asia ran at full capacity. I remember going to an IADC conference, and everyone was talking about how it was time to junk all the old rigs and that we need to build new rigs to replace them. But it didn’t happen that way. The old rigs are still there. The owners just put in a bit of money to upgrade them, and they are still working.”

While this offshore oversupply means that there will likely not be any new offshore rigs for PV Drilling anytime soon, Mr Dung said he’s not ruling out the possibility for acquiring a new land rig in the near future. The company’s only land rig, the AC-powered PV DRILLING 11, recently entered into a long-term contract with a new client in Algeria after many years working for GBRS. Any new land rigs acquired would also target the Algerian market, he said, because PV Drilling is so familiar with that region.

Back closer to home, Mr Dung did express some optimism that drilling in the Asia Pacific region will pick up in the near future. “We cannot tell for sure the exact time that exploration activities shall pick up, but signals in the market currently support this tendency,” he said, citing relatively stronger oil prices seen in recent months, as well as a robust global economy, which typically means increased demand for crude oil.

“I personally think the demand for drilling activities will be improved in 2018 in Vietnam and in the Southeast Asia region. The market shall be slightly busier than it was in the previous years in 2016 and 2017. However, we need a cautious approach as the potential risks still exist, particularly the oversupply of rigs.” DC

Linda Hsieh is a graduate of the journalism program at the University of Texas at Austin, where she also completed the Business Foundations program at the U.T. McCombs School of Business and minored in Asian Studies. She has been writing for Drilling Contractor since 2005.
Mar 12, 2018
0 1,880 5 minutes read
Facebook Twitter LinkedIn Share via Email Print 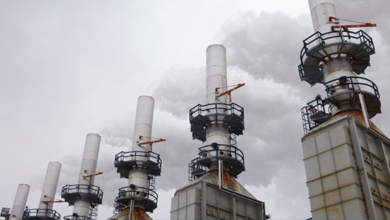