The manufacturing approach to drilling is delivering greater efficiency in US unconventional plays, but intensified campaigns in more abrasive formations are pushing downhole tools and equipment to their operational limits, often causing difficult-to-identify or progressive damage that humans are unable to predict, an expert said. The situation is especially common when personnel at the wellsite are primarily measured against rate of penetration (ROP) performance. The need for automated drilling optimization decision support was the driver behind the development of the DrillEdge software capable of predicting mud motor failures. It delivers real-time predictive analytics to identify key indicators of early mud motor damage and provide mitigating actions automatically.

“The continued push for incremental improvement in the factory drilling environment is where we are starting to see downhole tools, especially mud motors, being used beyond their operational envelope,” said Philip Wade, Chief Operating Officer of Verdande Technology, the developer of DrillEdge. “If we can provide actionable content early enough and reduce tool-related downtime, the supply chain picture changes dramatically for high-volume drillers.”

DrillEdge uses automatic event-detection algorithms and case-based reasoning to develop cases with patterns to identify early symptoms that humans may take for granted on an individual basis or don’t remember over time that can cause long-term damage, he explained. The process uses the widely recognized drilling optimization metric, mechanical specific energy (MSE), to automatically identify the correct pattern to enable users to effectively mitigate motor damage. The system also includes automated monitoring for issues related to hole-cleaning, mechanical stuck pipe, lost circulation and hole ballooning, twists-off and drillstring washout, and can include best practices for any of these scenarios.

“MSE initially relied primarily on surface measurements, such as weight-on-bit and revolutions per minute to indicate drilling efficiency, but those surface parameters are not necessarily the same as they are downhole, especially in extended-reach wells,” said Tim Sheehy, Verdande Global Technical Manager. “By using differential pressure to calculate MSE, the system can more accurately determine if the energy that is being put into the ground is being used efficiently to cut rock, rather than shake the bottomhole assembly (BHA), and make tweaks to drill more efficiently. Our goal is to drill to total depth without having to trip out for a new motor.”

The software also looks for cyclical patterns that may be indirectly associated with micro-stalling, a phenomenon that is difficult for humans to detect, and that over time can cause stator elastomers to fail in mud motors, leading to “motor chunking,” Mr Wade noted. “There are serious problems that, when addressed early, can be avoided. When the elastomer starts to break apart, it impacts the motor’s ability to spin the drill bit, leading to decreased ROP and routinely resulting in an unplanned trip out of the hole for new equipment. These chunks also can clog the drill bit jets, resulting in significantly reduced hole-cleaning power and bit lubrication. This can lead to problems such as twists-off, mechanically stuck pipe and premature bit wear in undergauged holes, requiring further unplanned remedial action.”

Hess Corp used DrillEdge to identify elastomer damage from micro-stalling in an automated drilling operation in the Bakken where the crew was unaware of the problem.

By minimizing mud motor failures, the technology also can have a long-term positive impact on the mud motor supply chain, Mr Wade added. “When companies optimize their factory drilling around a certain piece or type of high-demand equipment that is responsible for improved drilling efficiency, any failure of that equipment has ramifications for the entire operation.”

Commercialized in 2010, DrillEdge has been used in offshore environments such as Brazil, the North Sea and the Gulf of Mexico, and on land in the US, Canada, Mexico, Middle East and Africa. It can be run from any laptop or computer and is used in remote operations centers, where engineers can immediately determine which rigs are having problems, Mr Wade said. Verdande is looking at applying the technology for other tools, such as MWD components and rotary steerable systems.

DrillEdge is a trademarked term of Verdande Technology. 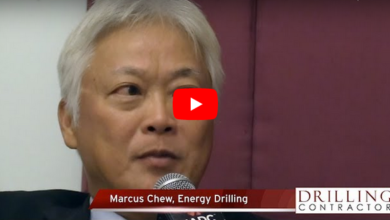