Goal to produce free cash flow this year has led to heavier allocation of capital to high-tier assets in Midland, Martin, Upton counties

The uncertainty in oil prices since late 2018 has led many operators in the Permian to pull back their activities this year as they strive for more capital discipline. This has been true for Parsley Energy, a Permian-focused independent oil and gas company founded in 2008. One differentiator, the company believes, is its decision to shift to a rate of return-focused strategy instead of a project-level NPV focus.

One of the areas most impacted by this strategy has been capital allocation. Whereas last year the company was about 75% focused on the Midland Basin and 25% on the Delaware Basin, “in 2019 we have deliberately pivoted to a more Midland-concentrated capital allocation, with approximately 85% Midland and 15% Delaware investment,” Mr Dell’Osso said. Within the Midland Basin, the company is especially focused on its high-tier assets in Midland, Martin and Upton counties.

One major reason for the shift toward Midland Basin assets is the area’s higher price resiliency. “Our Delaware Basin acreage is in northern Pecos and eastern Reeves counties. While we can drill very prolific wells there with high oil cuts and favorable API gravities, the wells historically cost more from a capital standpoint, which gives them higher torque to oil prices as compared to our Midland Basin assets,” Mr Dell’Osso said.

“We have driven cost improvements in the Delaware in 2019 and have the potential to further improve Delaware well costs through measures such as additional use of in-basin sand.”

Parsley’s rate-of-return driven approach to well selection has proven successful in the first half of this year. In its recent Q2 earnings report, the company adjusted up its expectations for capital efficiency improvements, from 8-10%+ year on year to 12-14%+ year on year. Mr Dell’Osso attributed this to lower well costs, high-graded activity and optimized completions.

The Q2 report also noted that footage drilled per rig and footage completed per crew in the first half of the year have risen by 13% and 15%, respectively, compared with 2018 levels.

The number of feet drilled per operational day per rig is now above 800, compared with under 700 in 2017. This has enabled the company to develop more footage with less equipment than in prior quarters, allowing for a shift from 12 development rigs to 11.

On the completion side, the number of stimulated lateral feet per operational day per crew is now above 1,200, compared with under 900 in 2017. This has been achieved despite pumping larger frac jobs and testing compressed stage designs, according to Parsley.

In terms of the number and type of drilling rigs it’s running, the operator also believes it is at an optimal place that allows for both cost and performance efficiencies. All 11 of the rigs in its fleet are late-generation, high-spec AC rigs with three mud pumps, 7,500-psi fluid ends and walking packages.

“That gives us flexibility in execution because we don’t have rigs that can only drill a subset of our inventory. They’re all capable of drilling the two-plus-mile laterals that make up our program,” Mr Dell’Osso said. Parsley recently even drilled a few three-mile laterals, representing some of the longest laterals ever drilled in the Permian Basin.

He noted that the operational focus now is on driving even better performance by making sure that all decisions on the rig floor are data-driven and ensuring that KPIs are shared among its drilling contractors.

Another focus is on aligning all wellsite personnel – including drilling contractors, mud and solids control personnel, directional drillers and Parsley’s own managers. “We want everybody on location to have a common goal so we have a collective view of what success is,” he said. “We want there to be an ability to win together. “

He noted that leading drilling contractors are investing in advancing capabilities like data analytics, data-driven asset integrity programs, and enhanced safety and environmental stewardship. “That’s the continuous improvement mindset we want them to have because those are the same things we are focused on,” Mr Dell’Osso said. “We also need them to have premium talent. You can have all the latest and greatest hardware, but we still need the right people alongside us on location exhibiting the right behaviors to drive safe and efficient execution.” DC

Sarah Junek is Associate Editor of Drilling Contractor. Ms Junek is a graduate of Texas A&M University and holds a M.A. degree in Journalism from the University of North Texas.
Aug 29, 2019
0 1,518 3 minutes read
Facebook Twitter LinkedIn Share via Email Print

A slowdown in the Permian 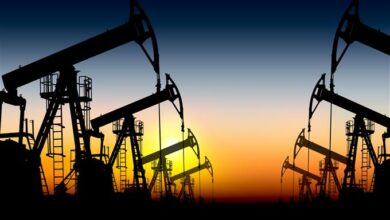 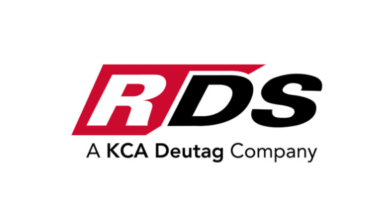