Natural gas will play a critical role in the global energy mix for the coming decades, but industry must continue to develop technological innovations to advance the potential of this resource to its maximum, panelists said at the opening general session of the 2010 SPE Annual Technical Conference and Exhibition (ATCE) in Florence, Italy, on 20 September. Moderated by Andrew Gould, Schlumberger CEO, the session focused on the growth of unconventionals and how these resources are reshaping gas markets around the world. The panel was made up of representatives from Hess Corp, PetroChina, ExxonMobil and IHS Cera.

Panelist Sara Ortwein, who moved into her position as president of ExxonMobil Upstream Research Co earlier this month, described the advantages of natural gas: “It is abundant, it’s affordable and it’s the cleanest burning.”

Combined with a proven track record of delivery, natural gas is no longer just a “little brother” to oil anymore, commented Michael Stoppard, managing director, IHS Cera. Considering the explosive growth in unconventionals and LNG in recent years, it’s apparent that the “little brother” has come of age and deserves greater attention by the industry and the world, Mr Stoppard added.

The main challenge, however, is that natural gas is still generally underappreciated by policymakers and the general public. While clean coal has successfully positioned itself as part of the “environmentally friendly” mix of renewable energies, natural gas is by and large still seen as a “dirty” fossil fuel.

The reality is, natural gas is one of the cleanest-burning forms of hydrocarbons, and the industry must do a better job of communicating that message to both policymakers and the public, said Howard Paver, senior VP of global new business development for Hess. Public awareness is a barrier to natural gas development that must be overcome, he said.

Another potential barrier is economics – operators must be able to make the economic factor work in order to continue investing in natural gas. Mr Paver noted the importance of having open access to acreage, urging governments to provide a permitting process that’s fast enough to support the pace of unconventional gas drilling. It’s a process that demands a lean philosophy/manufacturing approach and is all about repeating things over and over and as cheaply as possible, he said.

Ms Ortwein also commented on the need to reduce drilling and completion costs for unconventionals, which can exceed 80% of total development costs, she said. Multizone stimulation technology has helped ExxonMobil to cost-effectively fracture multiple zones, in some instances cutting by 50% the cost to treat each zone, she said.

The fourth panelist was Yan Cunzhang, president of PetroChina’s Foreign Cooperation Administration Department. China has seen a significant growth in natural gas demand over the past decade, he said, with the annual growth rate of natural gas consumption from 2000 to 2009 exceeding 15%. In particular, natural gas is being used more and more for power generation in China.

Mr Yan also pointed out that his country has estimated its prospective volume of unconventional gas at 150 trillion cu m. He believes the potential for shale gas in the country is bigger than the total volume of conventional gas and coalbed methane combined.

Industry gears up for fight over hydraulic fracturing 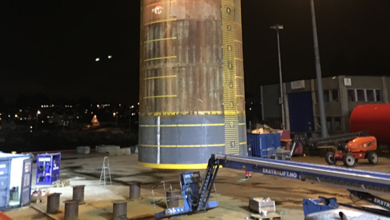